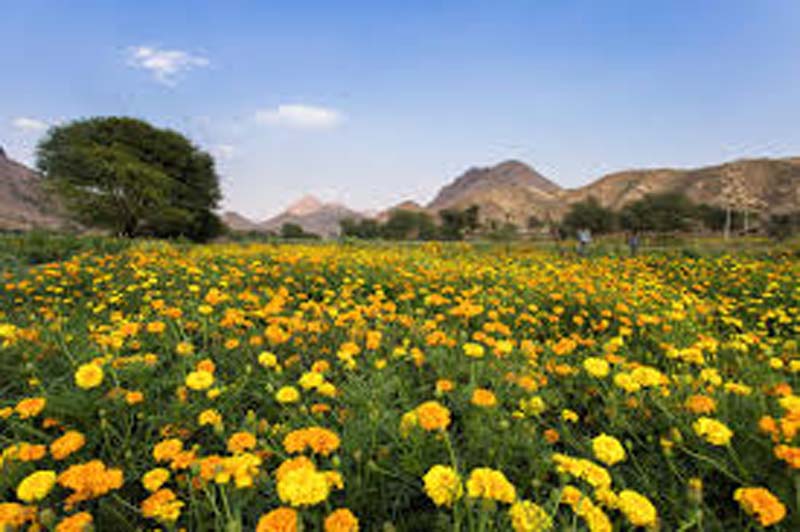 Goldi Sharma
JAMMU, May 31: Because of faulty planning of the Floriculture Department, the proposed Flower-market in Jammu city, which was announced around a decade back to facilitate flower growers of province, is nowhere in sight whereas machinery purchased in advance by the department for marketing purposes has been lying idle and gathering dust.
In the year 2007, the then Government had announced the establishment of a separate Directorate of Floriculture for both the regions and one Flower-mandi costing Rs over 1 crore in both the Capital cities to facilitate flower growers of both the provinces. Interestingly, the flower market for Kashmir province has been established at the cost of Rs. 1.22 crores in Srinagar city and has been functional from the year 2012 but on the other hand the flower market of Jammu province is yet to be established even after lapse of one decade of its announcement.
Had the department constructed the Flower-market (Mandi) and its cold storage unit in Jammu, the flower growers of the province would not have been compelled to destroy the full blossomed flower crop due to ongoing COVID-19 lockdown.
They (flower growers) would have been able to house their produce at Flower-market and whenever the lockdown is lifted, the produce can be sold in the market, an official said, adding that due to the lack these facilities in Jammu, the most of the growers have destroyed their produce especially the marigold variety during the lockdown period while other delicate varieties are automatically perished.
More ironic is the fact that the flower-market was not established in Jammu but the department had already purchased the three Refrigerated vans required for the proposed flower market.
“Three refrigerated vans costing several lakhs of rupees were purchased to ferry flowers from the district headquarters to the proposed market in Jammu city but as the market failed to see the light of day, the vehicles have been lying idle and gathering dust”, an employee of department said.
“The former Director of Floriculture Jammu had taken an initiative and allowed these refrigerated vans to ferry flowers from different routes of Jammu province. One van was allowed to transport flowers’ produce from Kishtwar, Doda and Ramban while other was being used in Poonch, Rajouri via Reasi and third one was plied on Kathua Samba route but due to high fare of these vehicles, the farmers were not interested to avail the facilities of these vehicles after which the services were stopped”, an official said.
As per the guidelines of the department, the growers had to bear the ferry (fuel) charges. These vehicles used refrigeration, thus consuming more fuel and give less mileage in comparison to other vehicles, so farmers prefer private vehicles rather than departmental refrigerated vehicles, an official said.
Pertinently, the Floriculture department had started the construction of the Flower Mandi at Green Belt Park, Gandhi Nagar Jammu in the financial year 2011-12. But later, the under constructed building (a big hall) was demolished on the directions issued by High Court in response to a PIL.
“Thereafter, the then Director Floriculture Jammu was asked by the then Minister concerned to identify a suitable piece of land for the Flower Market in the Jammu City in consultation with the Revenue department but since then no such land has been identified so far by the department, depriving the benefits of a Flower-Mandi to farmers,” said official while wishing anonymity.
Director Floriculture Jammu, Kishore Singh Chib said that the same issue was raised before the Advisor to Lieutenant Governor in a recently held meeting. “The Advisor had said that the issue would be discussed with Horticulture, Agriculture and other concerned departments, for the establishment of the Mandi in Jammu. If a suitable land is available here (Jammu), it would be constructed there”, Chib said.
On being asked, the uses of already purchased vehicles (Refrigerated Vans), Chib said that due to expensive operational charges and as per the guidelines of the department concerned, the flower growers were not ready to use them.
Chib further said that in Jammu region most of the growers have produced only marigold flowers, which has long life as compared to other delicate varieties of flowers while delicate varieties are imported from outside J&K. “The department is working for the welfare of Jammu famers and is providing subsidy component to flower Growers, who grow flowers up-to 40 Kanals of land and its benefits are being availed by the local growers enthusiastically”, Chib said.