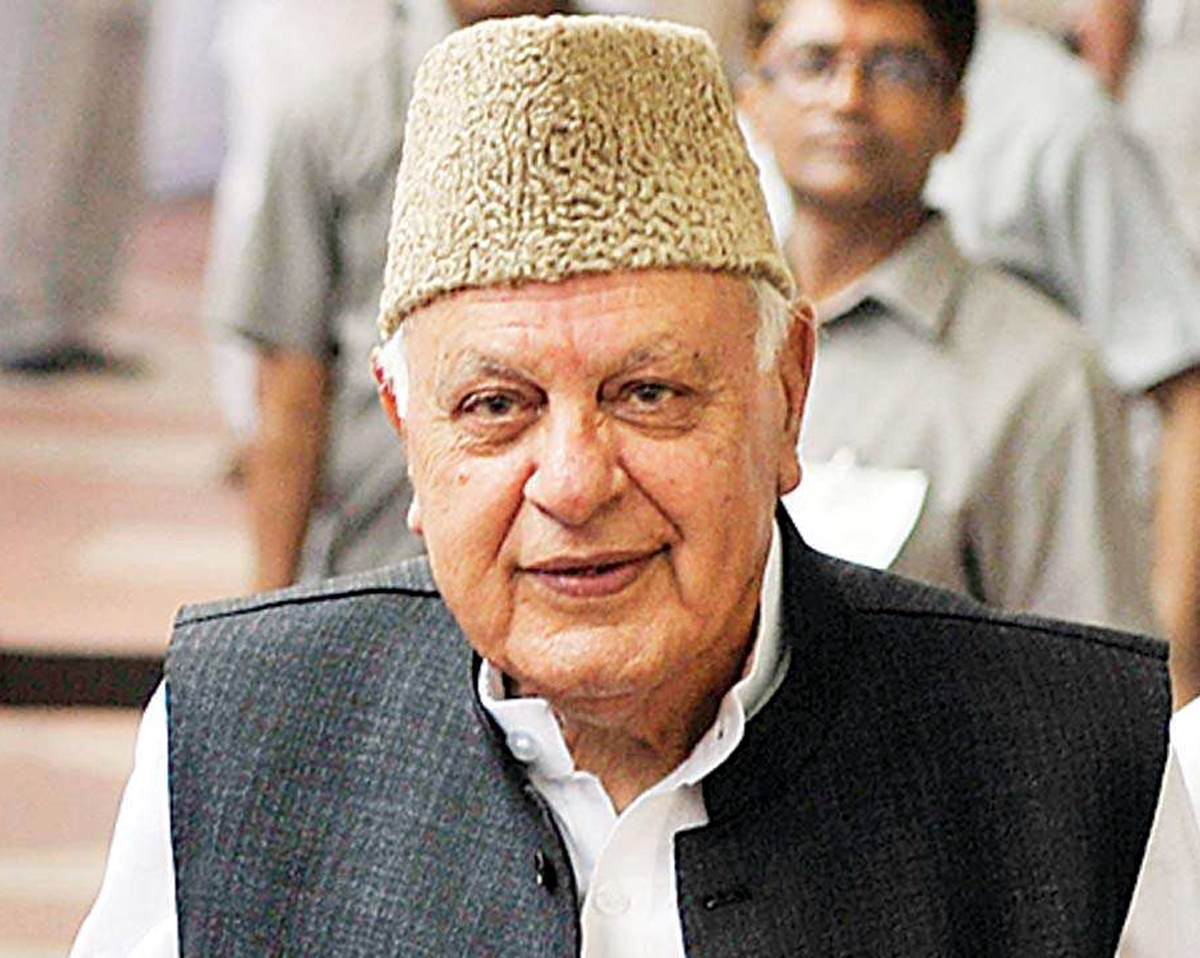 Fayaz Bukhari
Srinagar, July 25: National Conference president and Member of Parliament Dr Farooq Abdullah today called for a sustained and result oriented Indo-Pak dialogue process for durable peace in the region.
He asked both the countries to be consistent, coherent and serious in their nascent engagement and ensure people of Jammu and Kashmir, and Ladakh live a life free from unending miseries.
Abdullah said this while addressing party functionaries at two separate meetings in Laamad and Devsar areas of Kulgam district in South Kashmir.
He said that there is no substitute to dialogue and the moves and the messages indicating a thaw in relations between both the neighbouring countries had has put brakes on the escalating tensions.
Abdullah said that both the countries cannot win a war against each other. “Both the neighbouring countries should realize the ground reality. They should be more serious, coherent and consistent in settling all outstanding areas of disagreements. It would be better for the early return of lasting peace and stability to Jammu and Kashmir and the entire region”, he said.
He stressed for result-oriented dialogue between India and Pakistan. “The dialogue process will benefit the people of Jammu and Kashmir the most. Both the nations I have maintained all along, have to live side by side. It is up to them, if they want to live as enemies or supportive friends and partners in development. Both countries can achieve much by joining hands in progress”, he added.
“If the ties between both the nations are to improve then both the nations have to come out of their shells and narrow down the space of their differences and source of conflict between them to get together on the table to work towards an environment that recognizes the concept of J&K’s historical individuality, uniqueness of its socio-political complexes and restoration of its political dignity and historical selfhood”, the NC president said.
“There is no substitute for dialogue. But the dialogue should result in J&K centric CBMs including resumption of cross-LoC trade through a proper banking mechanism and doing away with the present barter system. Such J&K centric CBMs will indeed help the two neighbouring countries solve their disagreements amicably and in an objective manner for the greater good of the people of J&K, Ladakh and the entire region,” he said.
He asked the workers to work for strengthening the democracy and the party fortress. “The last person out there in Jammu, Kashmir, and Ladakh is looking up to us with sheer optimism that we will salvage the entire region from murderous manifestations of communalism and regionalism and to catapult the people from the prevailing economic distress, and instability,” he said.