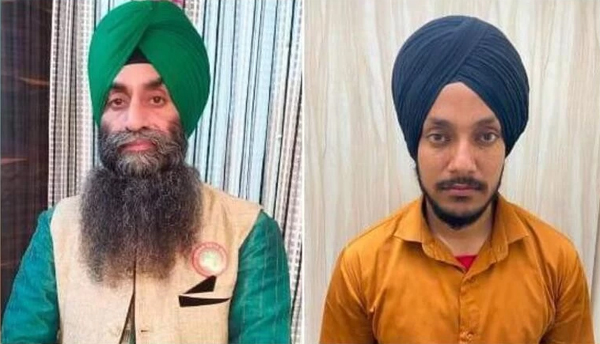 JAMMU, Feb 23: Delhi Police last night arrested two people, including a prominent farmer leader, from Jammu for their alleged involvement in the violence at the Red Fort during the farmers’ tractor parade on January 26.
Jammu and Kashmir United Kissan Front Chairman Mohinder Singh (45), a resident of Chatha and Mandeep Singh (23), a resident of Gole Gujral, were “active participants” and “key conspirators” in the violence at the historic fort, the Delhi Police said.
The duo was taken into custody by the Crime Branch of Delhi Police last night and immediately shifted to the national capital for questioning, they said.
They were apprehended with the support of the Jammu and Kashmir Police, the Delhi Police said. Click here to watch video
“As per the information received, both the accused are active participants and key conspirators in the riot at Red Fort,” Delhi Police Additional PRO Anil Mittal said.
Thousands of protesters had clashed with the police during the tractor parade called by farmer unions on January 26 demanding repeal of the Centre’s contentious farm laws.
Mohinder Singh’s family, however, claimed that he was innocent and demanded his immediate release.
“He (Mohinder Singh) informed me that he was called by a police officer and was visiting Gandhi Nagar Police Station before his mobile got switched off. Upon enquiring, I came to know that he was arrested by police and shifted to Delhi,” the farmer leader’s wife told reporters.
She claimed that her husband was at the Delhi border and not Red Fort when the violence broke out.
“He went alone to see the police officer because he was not afraid as he had done nothing wrong,” she said
Meanwhile, farmers and supporters today blocked the Jammu-Pathankot highway here for several hours in protest against the arrest of their leader and another man.
The protesters, including the family members of the arrested men, blocked the highway near Digiana Ashram, alleging that the two are being falsely implicated in the case as they are leading the ongoing farmers’ agitation in Jammu and Kashmir.
However, they dispersed after senior civil and police officers visited them and sought some time.
The protestors said they were “singled out and implicated” in the case because they worked for the welfare of farmers in Jammu and Kashmir.
“The government is misusing its power and anyone raising his or her voice against the Government policies is being silenced through illegal ways,” one of the participants, a farmer, said amid anti-Government sloganeering.