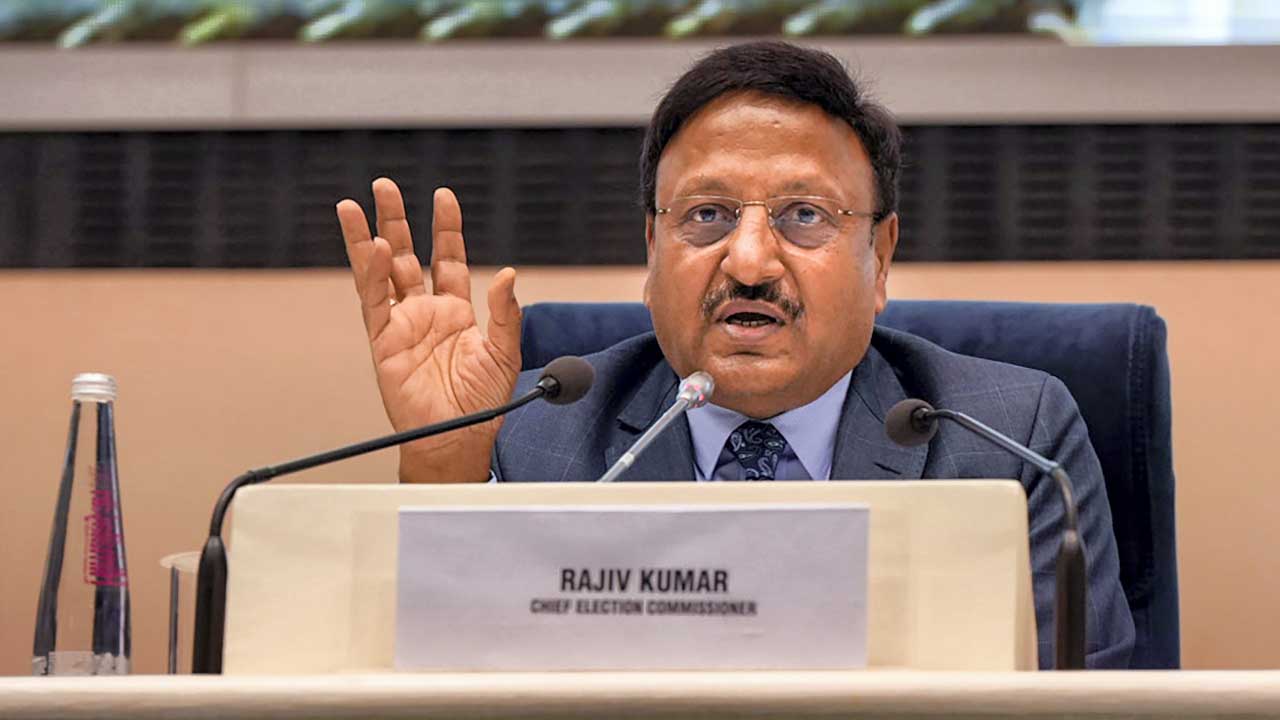 New Delhi, Dec 6: Fake social media narratives potentially affecting free and fair polls is fast emerging as a common challenge for most election management bodies, Chief Election Commissioner Rajiv Kumar said on Tuesday.
Addressing a delegation led by Germany’s Foreign Minister Annalena Baerbock, he said the idea of democracy is deeply rooted in India’s historical context and traditions.
The German delegation was at the Nirvachan Sadan here to meet the Commission.
Giving an overview on the magnitude of Indian elections, Kumar informed the German delegation of the humongous exercise the poll panel carries out involving more than 95 crore voters across 11 lakh polling stations.
Over one crore polling personnel are deployed to ensure a robust electoral processes for holding free, fair, inclusive elections, he said, adding the EC ensures participation of political parties at every stage.
According to an EC statement, Kumar said that apart from the logistical challenges, the disruptive impact of fake social media narratives in potentially affecting free and fair elections is fast emerging as a common challenge for most elections management bodies.
The German foreign minister, while interacting with the Commission, appreciated the vast exercise of electoral management by EC in the largest democracy in the world given the challenges of diverse geography, culture and electorate.
The delegation was briefed about the extensive use of technology by the EC in the conduct of elections broadly under three verticals of voters’ participation, political parties and candidates and election machinery logistics.
She personally cast a vote through an Electronic Voting Machine during a demonstration organised by the EC for the delegation.
She, along with the visiting MPs, keenly observed the strong security features of standalone EVMs along with rigorous administrative protocols for handling, movement, storage and operation of the machines, the EC said. (Agencies)