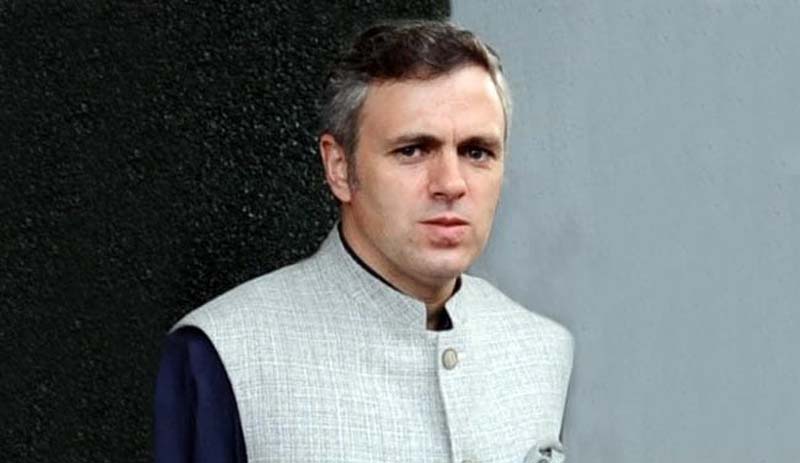 Excelsior Correspondent
SRINAGAR, Nov 30: National Conference vice president Omar Abdullah today expressed gratitude to Government of India for extending the railway line in the Valley to Kupwara district.
Hoping that the decision will give a major boost to North Kashmir border areas, he said, “I take this opportunity to thank Piyush Goyal (the Railway Minister) for acceding to the popular demand and starting the process of connecting Kupwara district with rest of the Valley through a rail link.”
Asking for a similar railway link to the Pir Panjal areas including the twin districts of Poonch and Rajouri, he said, “We have been hearing that the survey for Jammu-Rajouri-Poonch railway line was going on and Northern Railways would be furnishing detailed information to the Union Railways Ministry in this regard. I request Piyush Goyal to expedite the process. The economic activities in these districts will bump up and receive an impetus with the coming of railways,” he said.
Omar said that National Conference is alive to the difficulties of people in the Pir Panjal areas which fell off from the development radar after PDP-BJP Government took over the reins of State. “National Conference is a party that believes in inclusive development. The dream of developed Jammu and Kashmir cannot be realized without taking along all the districts of the State. Poonch, Rajouri and Chenab valley are the worst hit with development deficit and administrative indifference,” he said.
He said that the idea of Mughal Road was conceived by Sher-e-Kashmir. “It was Sheikh sahib who started work on the historical route in 1979. We dream of a Poonch and Rajouri that is well-connected to Srinagar and Jammu. Not just that but the human resource development in these frontier districts is what our party aspires to do and has been doing,” he said.
The NC vice president said that the socio-economic condition of the States with tribal population and treating them as equal citizens of this State has been the primary focus of National Conference and that it was Begam Akbar Jehan Abdullah who did a lot for the community. “Madar-e-Meharban established the mobile schools, hostels for our Gujjar Bakarwal brethren besides Gujjar and Bakarwal advisory board was formed under the aegis of Madar -e- Meharban. It was she who dreamt of a strong, educated tribal community of state, and we in National conference continue to value that idea. We will continue working for all sections irrespective of caste, regional and religious affiliations,” he said.