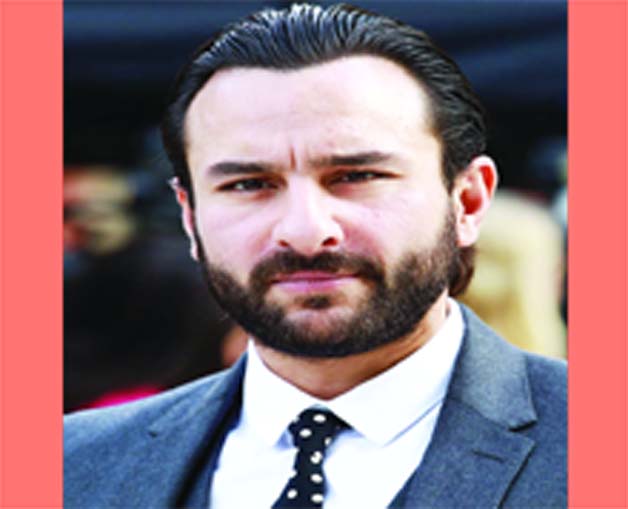 The most compelling factor that attracted Saif Ali Khan to join the cast of his latest film “Bunty Aur Babli 2” was the rare opportunity to play the character of Rakesh Trivedi aka Bunty who hails from a small town in Uttar Pradesh.
The trend has changed massively and films these days are all about coming “home”, said the actor who has often played suave-oozing characters living in metro cities in hit films like “Dil Chahta Hai”, “Hum Tum”, “Kal Ho Na Ho”, among others.
“I was excited about playing a small-town character because a lot of characters I played in the past were very urban, NRI, and wealthy. The trend has changed massively to come home. It’s more interesting to do a (character from) a small-town in Fursatganj rather than in New York now.
“I was happy I was getting a chance to do that because it was relevant. I had that stomach, a little accent, and performance-wise, I thought it would be interesting,” Khan, 51, told in a Zoom interview.
The National Award winner has played men from small towns in films few and far between: His most lauded performance as Langda Tyadi was loosely based on William Shakespeare’s antagonist Iago in the Meerut-set Omkara (2006).
Then he starred as a gangster in 2013’s “Bullett Raja”, which was based in Uttar Pradesh. Six years later, he transformed into a warrior monk on a killing spree in the 18th century Bundelkhand in “Laal Kaptan”.
Khan said it was heartening to see Indian cinema pick up on ‘Made in India’, which he referred to as a “movement”.
“From skin products to luxury retail, just look at the kind of businesses that are taking off in India today! You don’t need to shop abroad anymore. Similarly, you don’t need to shoot abroad if you need to tell a story,” he added.
The New Delhi-born actor also praised makers for looking at “our own culture” as there are enough stories here.
“Without getting into politics, I think it’s important to be aware of these things, discover them, and be proud and remember our heritage, and part of that is movies.”
In “Bunty Aur Babli 2”, Khan plays the other half of the original con artist titular duo, Bunty opposite Rani Mukerji, his co-star of films like “Hum Tum”, “Ta Ra Rum Pum” and “Thoda Pyaar Thoda Magic”.
He steps into the role originally played by Abhishek Bachchan in the first film which was released in 2005.
The actor said his Bunty is a man struggling with mid-life crisis who is sort of “heroic” and admirable.
“He is very loyal to his wife who quite often bullies him. You like him because you feel bad for him, you admire him because he still stands by her.”
What was also refreshing about the film was reuniting with Mukerji as they play people around their real ages and not “that young couple we played in ‘Hum Tum'”, he said.
“We are playing a couple that’s quite over the hill, retired into boredom and into the odd quiet whisky being the only happy thing really to look forward to. And then they get a chance to get the zing back in life and have a good time.”
But most importantly, Khan said he was keen on “not resting on laurels”.
“People talk about the past as though it’s a very pleasant thing. At the same time, it’s a double-edged sword where people say ‘why should I be interested in watching you now?’ I was quite aware of that. Luckily, I live on planet earth and not an alternate dimension. I quickly realised that we got to be really good. Rani, at her best, is one of the finest actresses we have and a wonderful artist,” he added.
Directed by Varun V Sharma, “Bunty Aur Babli 2” hits theatres Friday. It also stars “Gully Boy” breakout Siddhant Chaturvedi and debutante Sharvari as the new-age con couple Bunty and Babli who are pitted against the original swindlers.
“Bunty Aur Babli 2” being a Yash Raj Films production was also a homecoming of sorts for the actor, who made acting debut in 1993 with “Parampara”, directed by the late Yash Chopra. His last project with the banner was 2008’s fantasy comedy drama “Thoda Pyaar Thoda Magic” and animated rom-com “Roadside Romeo”.
Asked if he would be up for a “Hum Tum” sequel, he replied, “Why not?”
The actor, who has previously starred in the action thriller film series “Race”, said there cannot be too many franchises ever.
Citing the examples of Indiana Jones and James Bond, Khan said, “The world is full of franchises. We need more. A producer would absolutely love the idea. You get a great character and you put them into many different situations, I’m a fan of something like that. But provided it’s done with all the right intentions.”
The actor recently wrapped “Adipurush”, a historical film based on the Hindu epic Ramayana and will next star in the Hindi adaptation of the 2017 Tamil cop thriller “Vikram Vedha”.