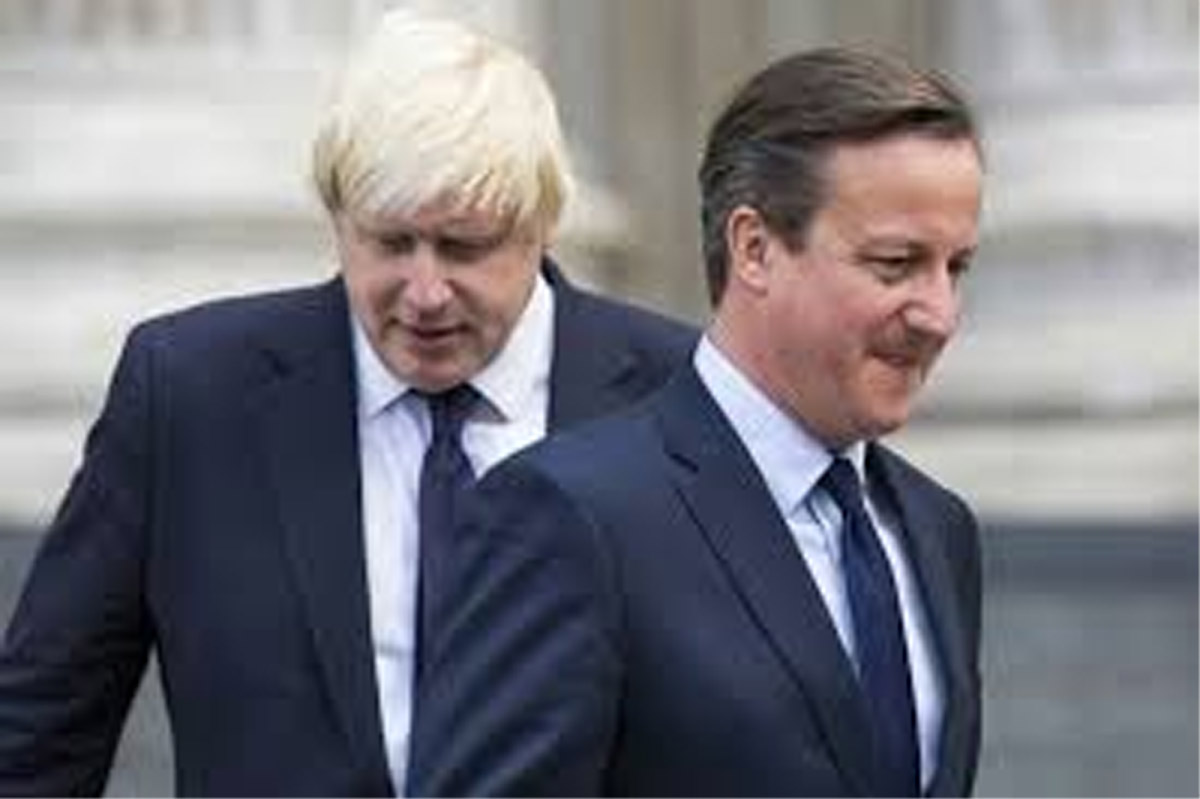 LONDON, Sept 15: Former British Prime Minister David Cameron launched a blistering attack on the UK’s current leader Boris Johnson in extracts of his memoirs published Sunday, accusing him of only backing Brexit to further his own career.

He said Johnson, who took office in July, believed that campaigning for Britain to leave the European Union during the 2016 referendum would make him the “darling” of their Conservative party.

Damningly, he also said that Johnson privately believed there should be a second referendum to confirm the terms of Brexit — something the premier has strongly resisted since.

In extracts published in the Sunday Times newspaper, Cameron — who led the failed “Remain” campaign to stay in the EU — also accused his “Leave” rivals of lying to the public.

He wrote that Johnson and one of his top ministers Michael Gove — a former close friend of Cameron’s — “became ambassadors for the expert-trashing, truth-twisting age of populism” during the campaign.

Cameron, 52, has largely kept out of the public eye since stepping down in the wake of the historic Brexit vote.

But the publication of his memoirs comes at an explosive time, with Britain mired in political turmoil ahead of its scheduled exit from the bloc on October 31.

Johnson is desperately seeking a divorce deal from Brussels but insists Britain will leave without one if necessary — even after parliament blocked a “no deal” exit.

Cameron revealed he had tried to stop Johnson from joining the Brexit campaign by offering him the post of defence secretary.

But he went ahead, and “risked an outcome he didn’t believe in because it would help his political career”.

He claimed Johnson believed the “Leave” camp would lose, and if it won “there could always be a fresh renegotiation, followed by a second referendum” — something he now rejects.

Meanwhile, “whichever senior Tory politician took the lead on the Brexit side — so loaded with images of patriotism, independence and romance — would become the darling of the party,” Cameron wrote.

During the campaign, he said Johnson and Gove “behaved appallingly, attacking their own government, turning a blind eye to their side’s unpleasant actions and becoming ambassadors for the expert-trashing, truth-twisting age of populism”. (AGENCIES)