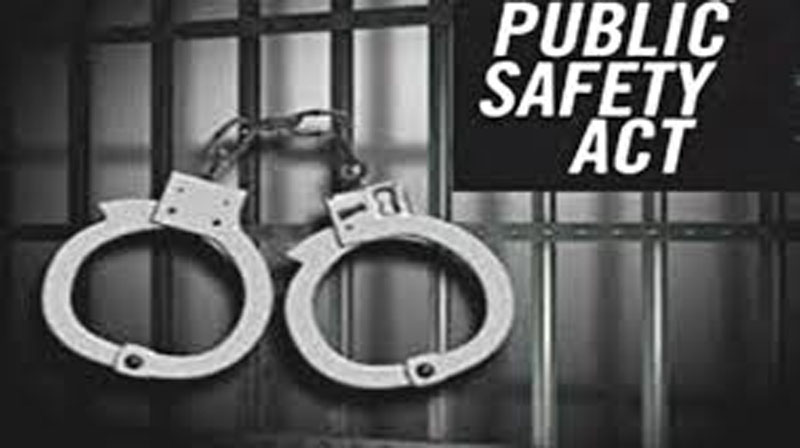 Excelsior Correspondent
JAMMU, Feb 22: A Former cop of Jammu and Kashmir Police and ex-Sarpanch of Chowadhi has been booked under Public Safety Act (PSA) and lodged in Kot Bhalwal jail.
As per police sources, on specific information, a team from Channi Himmat Police Station conducted raid and arrested former constable of Jammu and Kashmir Police and ex-Sarpanch of Chowadhi Mohammad Asgar alias Tola, son of Bashir Ahmed, a resident of Haji Colony, Chowadhi.
The accused was involved in numerous criminal cases including murder, attempt to murder and land grabbing, sources said, adding that cases also stand registered against him in the Police Stations falling in the jurisdiction of Jammu South.
The dossier was forwarded to District Magistrate (DM) Jammu from the office of Senior Superintendent of Police (SSP) Jammu.
After receiving the PSA warrant, a team from Channi Himmat Police Station led by SHO Inspector Parvez Sajjad under the supervision of DySP East Rajinder Kumar Rahi and SP South Vinay Sharma apprehended the accused and executed the warrant.
The accused has been lodged in Kot Bhalwal jail.
It is pertinent to mention here that Mohammad Asgar alias Tola was a great threat to the people and his detention under PSA has provided succor to people living in areas of Jammu South.