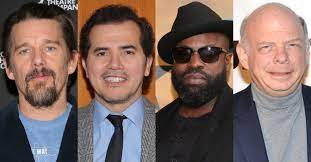 Los Angeles, Apr 13: Hollywood star Ethan Hawke and popular actor-comedian John Leguizamo are essaying the lead roles in the off Broadway streaming production of Samuel Beckett’s celebrated play “Waiting for Godot”.
According to Deadline, Scott Elliott has directed the production which will premiere online on May 6.
Hawke is playing the role of Vladimir, while Leguizamo portrays Estragon.
The New Group production is described as an “experimental exploration of a storied play” that “combines theatrical invention and innovative filmmaking.”
It also stars Wallace Shawn, Tarik Trotter and Drake Bradshaw.
“This project is the epitome of what we mean by ‘theatrical expressions in different media’: bringing together top tier artists across disciplines – film, television, stage, music – to collaborate in a hybrid, on-screen world, finding a way to make a play newly alive for themselves. It was a unique and singularly meaningful experience for all of us,” said Elliott, artistic director of The New Group.
“Waiting for Godot” is co-produced by MiLa Media, with production design by Derek McLane and costume design by Qween Jean.
Kramer Morgenthau is the director of photography.
The production will premiere online on May 6 and will be available to stream at www.Thenewgroup.Org. (PTI)