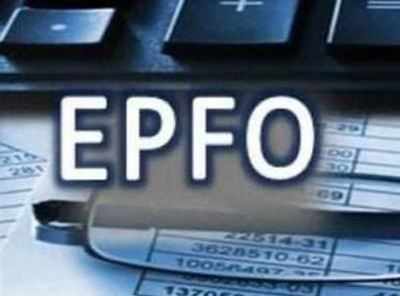 NEW DELHI: Retirement fund body added 1.39 crore new subscribers in last two financial years, the Ministry of Labour & Employment said on Monday.
“Recently published provisional payroll data by the EPFO highlights the ever growing trend of increasing subscriber base for EPFO, since the collation of payroll data from September 2017,” the ministry said in a statement.
The payroll data presents the consolidated annual figures for 2018-19 and 2019-20.
Net addition to subscriber base rose from 61.12 lakh added in 2018-19 to 78.58 lakh in 2019-20, registering a 28 per cent growth, it added.
The data published comprises of all the new members who have joined during the month and whose contribution is received.
The subscriber growth is on account of lower exits and higher rejoining by exited members, it explained.
The tax-free returns of 8.5 per cent for 2019-20, which is one of the highest among other social security instruments and fixed deposits, has helped the EPFO reduce its exits for 2019-20 by around 10 per cent as compared with the previous year, it said.
Moreover, there has been a robust increase of around 75 per cent in terms of rejoining by the members exited from 43.78 lakh in 2018-19 to 78.15 lakh in 2019-20, it claimed.
The auto-transfer facility which enables hassle-free transfer of PF balance from the old account to the new account on change of job has played a big role in ensuring continuity of membership in many cases, it said.
Age wise analysis during 2019-20 indicates that for the age group 26-28, 29-35 and beyond 35 the net enrolment has increased by more than 50 per cent compared to the previous year, it stated.
Rapid improvement in quality of service delivery in online mode has attracted the workforce of the country towards services of EPFO, it claimed.
Moreover, PF accumulation is no longer looked at as locked-in money. With EPFO settling COVID-19 advances within three days, PF accumulations are now seen as liquid assets that can timely meet the need of the subscribers during crisis, it said.
PF advances can be availed in case of unemployment, marriage expense, higher education, housing and medical treatment.
Further, enrolment of female workers has gone up by around 22 per cent during 2019-20 compared to previous years indicating greater female participation in formal workforce, it said.
The data published indicates that a total of 1.13 lakh new establishments have commenced compliance for the first time during 2018-19 and 2019-10.
Simplification of compliance process enabling establishments to obtain PF Code easily through portal and facility of filing electronic challan cum return (ECR) online has promoted voluntary compliance by establishments, it added.
Category wise analysis of industry indicates that Hospitals and Financing Establishments have shown greater than 50 per cent growth while Trading & Commercial establishments, Textiles and establishments providing cleaning & sweeping services have all grown at greater than 20 per cent in terms of net enrolment, it said.
It is indeed an indication that greater formalisation of jobs is taking place in the Indian employment market which is also corroborated by the 2019-20 Economic Survey, it added. (AGENCIES)