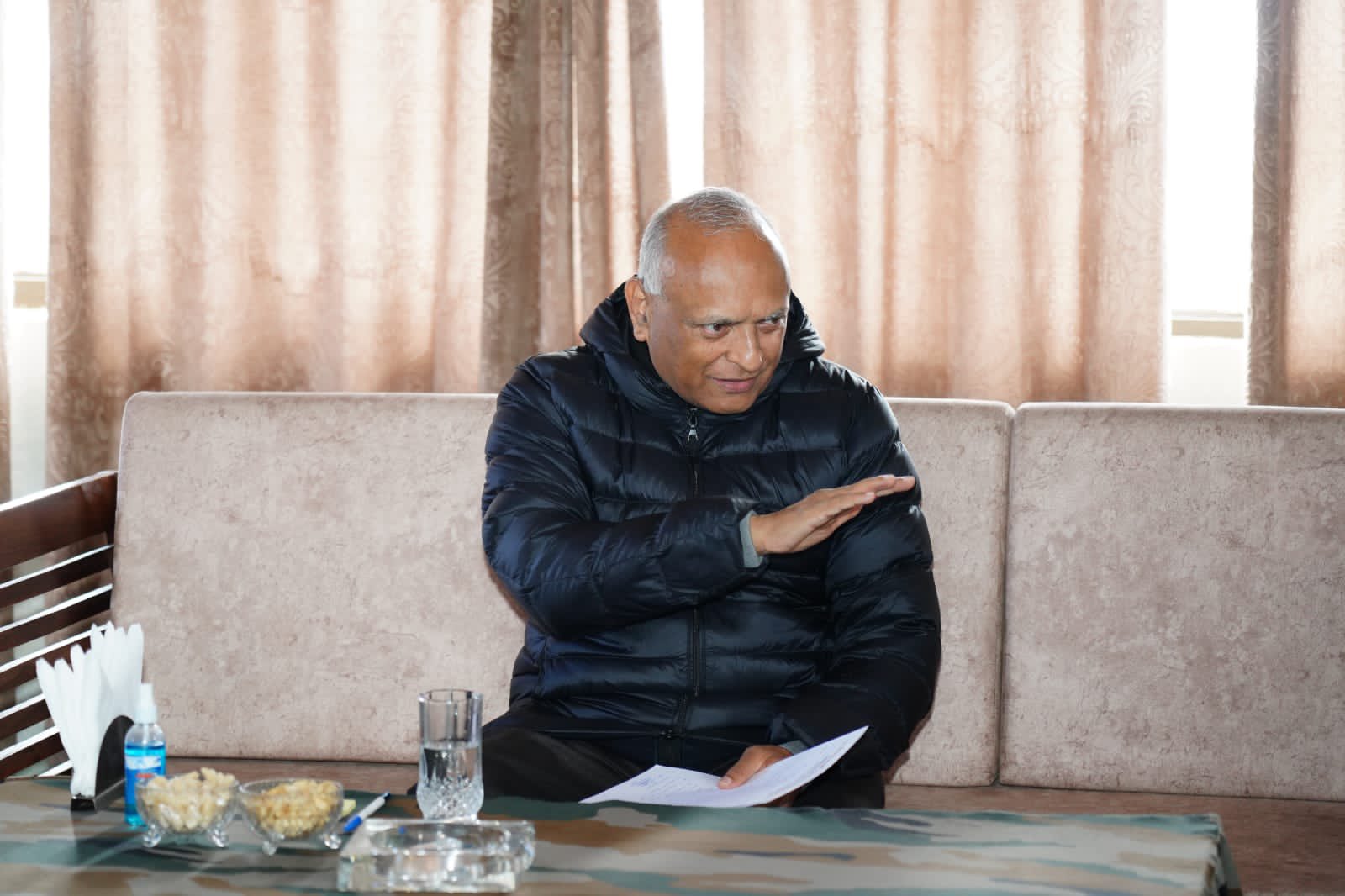 LEH, Sept 18: Ladakh Lieutenant Governor R K Mathur on Sunday directed officials to install central heating facilities at all health centres before the onset of winter and cover all residents under the Pradhan Mantri Jan Arogya Yojana (PMJAY) and Universal Health Insurance schemes.
Chairing a meeting of the State Health Society of Ladakh’s governing body, Mathur also instructed the officials to extend social security cover and welfare schemes, including Atal Pension Yojana, to workers of the National Health Mission (NHM) as well as ASHA.
“Central heating systems at all the health centres may be made fully functional before the onset of the winter,” Mathur said.
He directed the officials concerned to ensure that all residents of Ladakh are covered under PMJAY and Universal Health Insurance schemes so that the people could avail of benefits such as insurance coverage and reimbursement in case a patient is referred to any empanelled hospital outside the Union territory.
Further, he suggested that blood banks at community health centres in Khaltsi, Diskit, Padum and Drass are established and trauma centres at these CHCs are made fully functional in the current financial year.
Ladakh NHM Director Iftikhar Ahmad Chowdhary said the Centre has sanctioned a budget of Rs 184.4 crore under the mission for the financial year 2022-23.
He also briefed the meeting about extending social security benefits and welfare funds to its over 1,200 employees under the Records of Proceedings.
Further, he submitted a proposal to provide ex-gratia to the next of kin in case of death of an NHM employee while on duty and Rs 5 lakh in case of more than 50 per cent disability due to an accident; ex-gratia of Rs 5 lakh for the family of an ASHA worker in case of death and Rs 2 lakh in case of more than 50 per cent disability due to an accident. (Agencies)