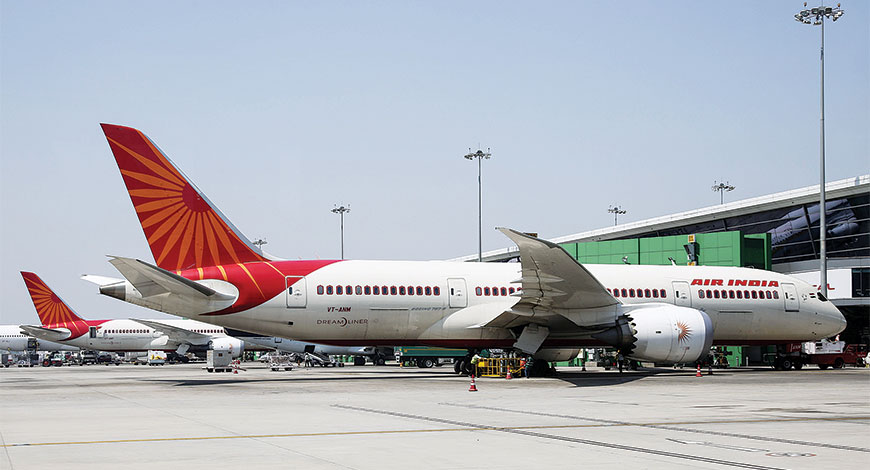 NEW DELHI, Apr 25:
An engine of an empty Boeing 777 aircraft of Air India shut down at the Delhi airport during a technical inspection on Wednesday night and “black fumes” were seen coming out of it, the airline said.
“Yesterday night at Delhi when an engineer was doing a routine technical examination of the empty aircraft (777), auxiliary power unit (APU) auto shutdown took place,” the airline said in a statement on Thursday. The APU is the smallest engine on an aircraft and situated at the tail of it. It provides the necessary power to start the main engines.
Airport personnel observed black fumes from the APU exhaust and sprayed foam spray on it and part of the fuselage, the national carrier said.
After opening the cowlings (cover) of the APU, “there was no traces of any burn or external damage noticed except for the minor oil leaks traces, which was normal”, it said, adding that a detailed inspection was going on.
The flight was supposed to depart for San Francisco at 3.30 am on Thursday, an airline official said on the condition of anonymity.
According to sources, Air India has four Boeing 747s, 18 Boeing 777 aircraft and 27 Boeing 787s in its fleet and these are primarily used for medium and long-haul international operations. (PTI)