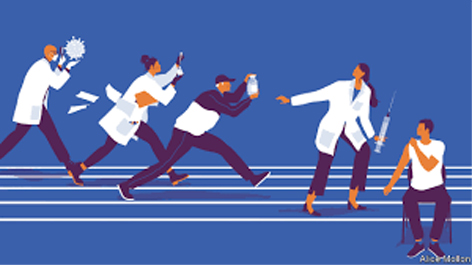 Urvi Sharma
While the scientists world-wide race against the time to find a vaccine for the novel coronavirus, all of us self-isolating at home need to reflect deeper to find the antidotes that are already at our disposal. And no, gaumutra is not one! It is the virtues of compassion and empathy that can get us through the crisis at hand.In Iran, Dr Shirin Rouhani who was herself on IV lost her life while treating coronavirus patients until her last breath. In India, Oyo founder Ritesh Agarwal reached out to health departments in all state governments in India to leverage his network of hotels as makeshift quarantine facilities. In England, the TV Presenter Noel Fielding has launched an online Art Club for kids to accentuate their creativity. Healthcare workers from around the world are working diligently to restore people to health, youngsters are helping the elderly people to shop and stock their essentials amidst the turmoil. These acts of care-mongering in place of scare-mongering are capable of saving the human race from this dystopian reality.
Ironically, COVID-19 is possibly the most democratic thing to have happened in the twenty-first century. Unlike the humans, it knows no gender, religion, caste, class or colour. The only chance to defeat this enemy is for all the governments to learn from the virus itself and collaborate in the face of adversity despite any political, ideological, social or economic differences. This is not the time to issue sanctions, wish ill-will or besmirch another country.We’re at war with the same enemy. The outbreak of COVID-19 has seen the reversal of fate with various developing countries shutting borders to the people coming from the developed countries. Remember, we are only safe from this impending danger as long as our neighbours are safe. Every nation, every state, every citizen needs to stand up and contribute in their respective ways.
The two world wars that shook the twentieth century completely changed the perception of modernity for the human race. However despite the trauma and violence, one of the most intriguing events which has been mythologized in various literary works and movies is the Christmas eve of 1914 when the French and British soldiers crossed their trenches to reach the Noman’s land where they exchanged cigarettes, sang carols, took photographs, played soccer and celebrated with the enemy German soldiers while displaying an exemplary cessation of their hostilities.
Today, the third world war, an event between humans and a specie of virus so small that it isn’t even visible to the human eyes, has redefined the world for us. If we collaborate and cooperate with each other, we can win. So, it’s time to not only sanitize our hands but also our hearts from the evils of apathy and selfishness. Let us make sure that when the stories of COVID-19 are mythologized, the virtues of compassion and empathy are kept atop the tales of vicissitude.
(The author is Assistant Professor MCM-DAV College, Chd)
feedbackexcelsior@gmail.com