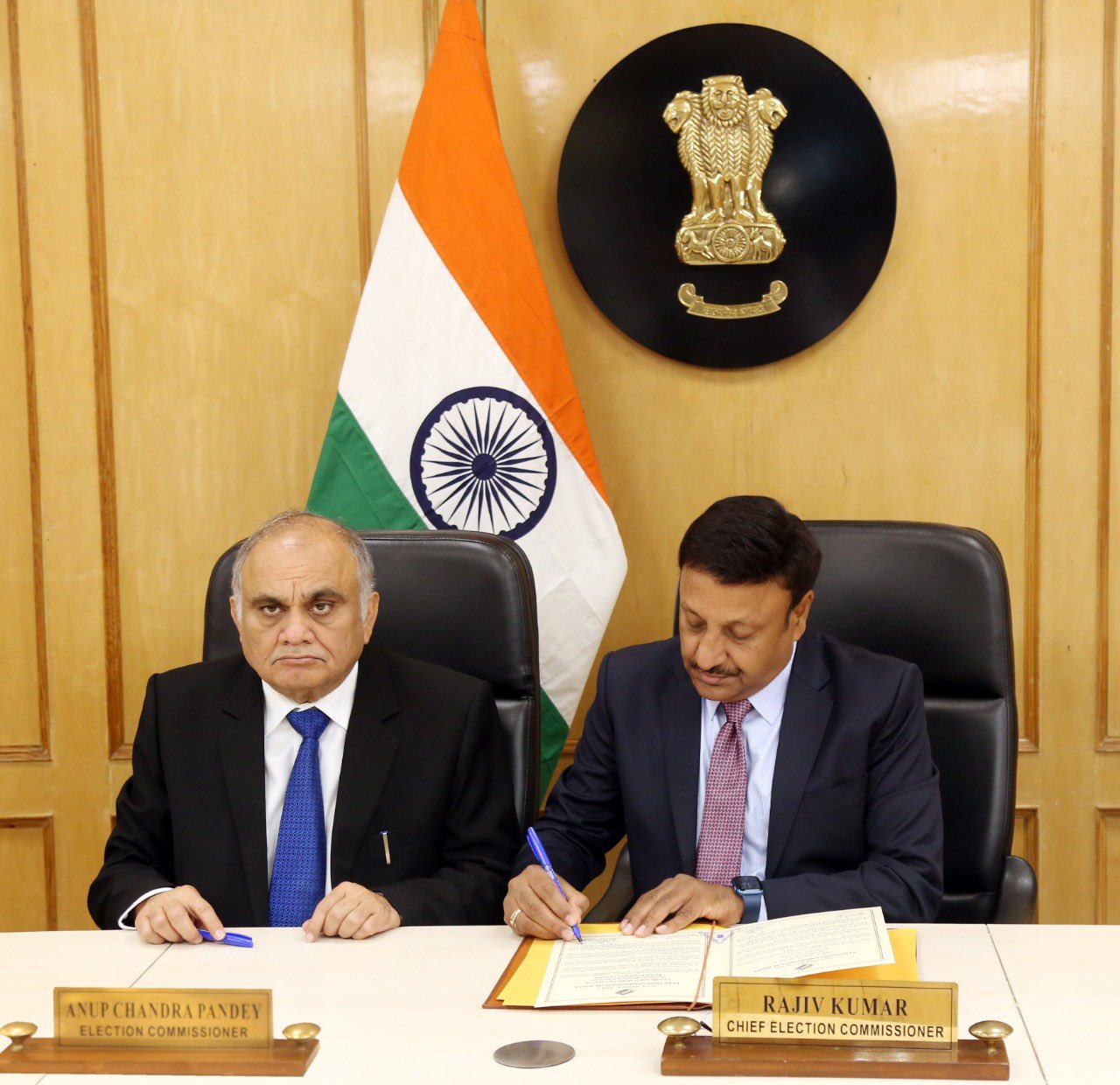 New Delhi, July 22: The Election Commission today issued a ‘certificate of election’ to NDA nominee Droupadi Murmu who has emerged victorious in the presidential poll.
The certificate is issued after the returning officer hands over the result to the poll panel. “CEC Shri Rajiv Kumar & EC Shri Anup Chandra Pandey jointly signed the ‘Certification of the Election of Shrimati Droupadi Murmu as the next President of India’ after ECI received the Return of Election & a Declaration of Result of election from the Returning Officer,” the poll panel tweeted.
The certificate will now be sent to the Union Home Secretary, who will read it out at the oath-taking ceremony of the 15th President of India which is likely to take place at the historic Central Hall of Parliament House on July 25.
The term of incumbent President Ram Nath Kovind ends on July 24.
Ms Murmu scripted history on Thursday by becoming India’s first tribal President in the one-sided contest, defeating Opposition candidate Yashwant Sinha.
The 64-year-old won by an overwhelming margin against Mr Sinha after receiving over 64 per cent valid votes in a day-long counting of ballots of MPs and MLAs, comprising the electoral college, to succeed President Kovind.
After the end of the counting process that continued for more than 10 hours, returning officer P C Mody declared Ms Murmu as the winner and said she got 6,76,803 votes against Mr Sinha’s 3,80,177 votes.
She will be the first President to be born after Independence and the youngest to occupy the top post. She is also the second woman to become the President after Pratibha Patil. (Agencies)