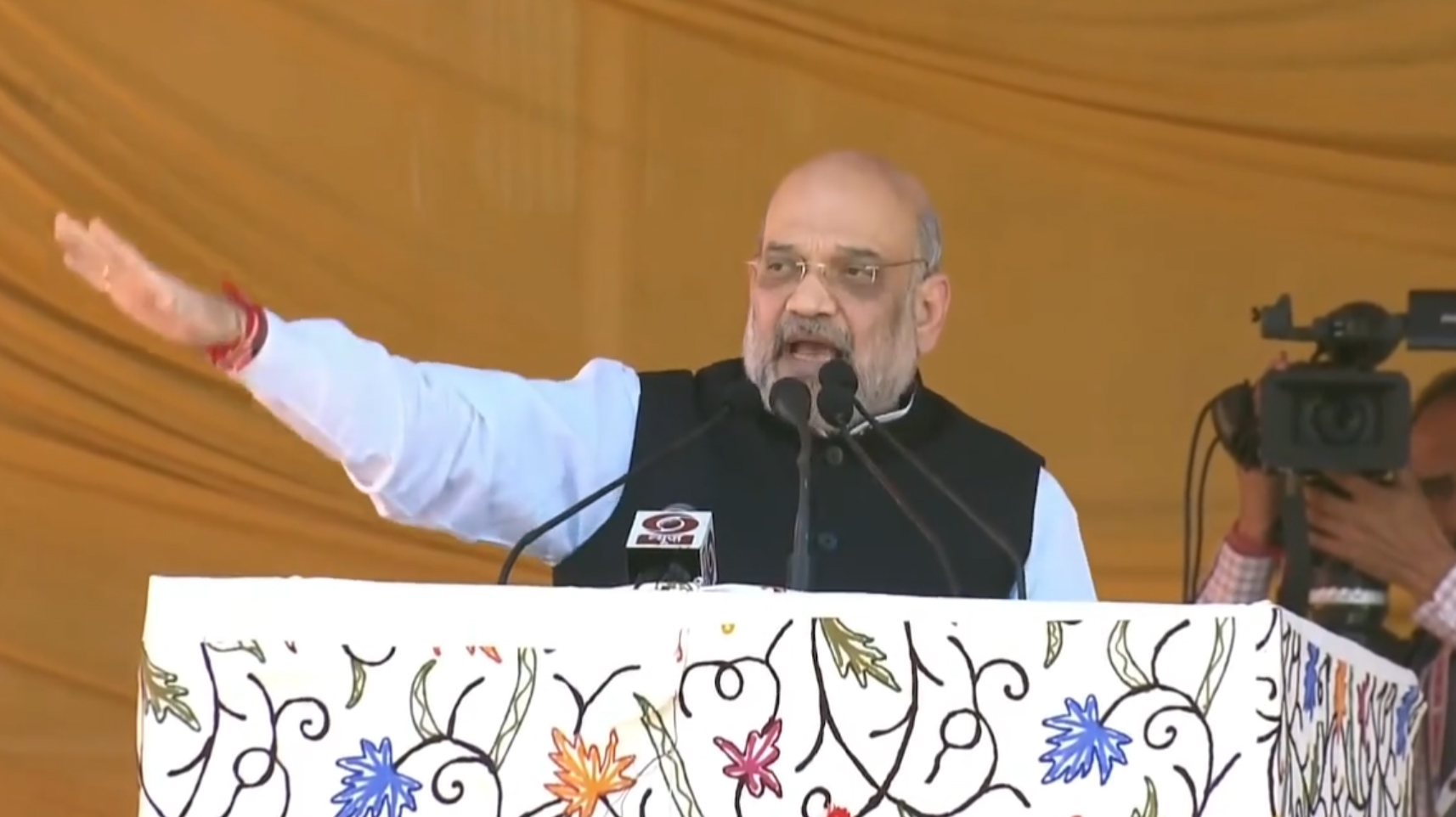 NEW DELHI, Oct 5: Union Home Minister Amit Shah said on Wednesday that the assembly election in Jammu and Kashmir will be conducted once the Election Commission completes the exercise of publishing the revised electoral rolls.
Shah was addressing a public rally in Baramulla district of north Kashmir.
“We have started a political process. I want to assure you that once the work of publishing electoral rolls by the Election Commission is completed, elections will be conducted with full transparency and your own elected representatives will govern here,” the Union minister said.
The BJP leader said that earlier only three families — the Abdullahs, the Muftis and the Gandhis – used to be in power, but after delimitation “your own representatives” will win the elections.
Shah said Prime Minister Narendra Modi has almost ended the ecosystem of terrorism in J-K.
“If anyone supports terror in your locality, please make him understand that Kashmir will not benefit from terrorism. Kashmir will benefit from democracy, from industries being set up here and other development works,” he said.
He also lashed out at those advocating dialogue with Pakistan.
“Some people advise me to talk to Pakistan. But, I do not want to talk to Pakistan. I want to talk to Gujjars and Bakarwals of Baramulla and to the youth of Kashmir,” he said.
Appealing to youths to shun the gun, the Union home minister said they do not need to tread the path of militancy but of development. (Agencies)