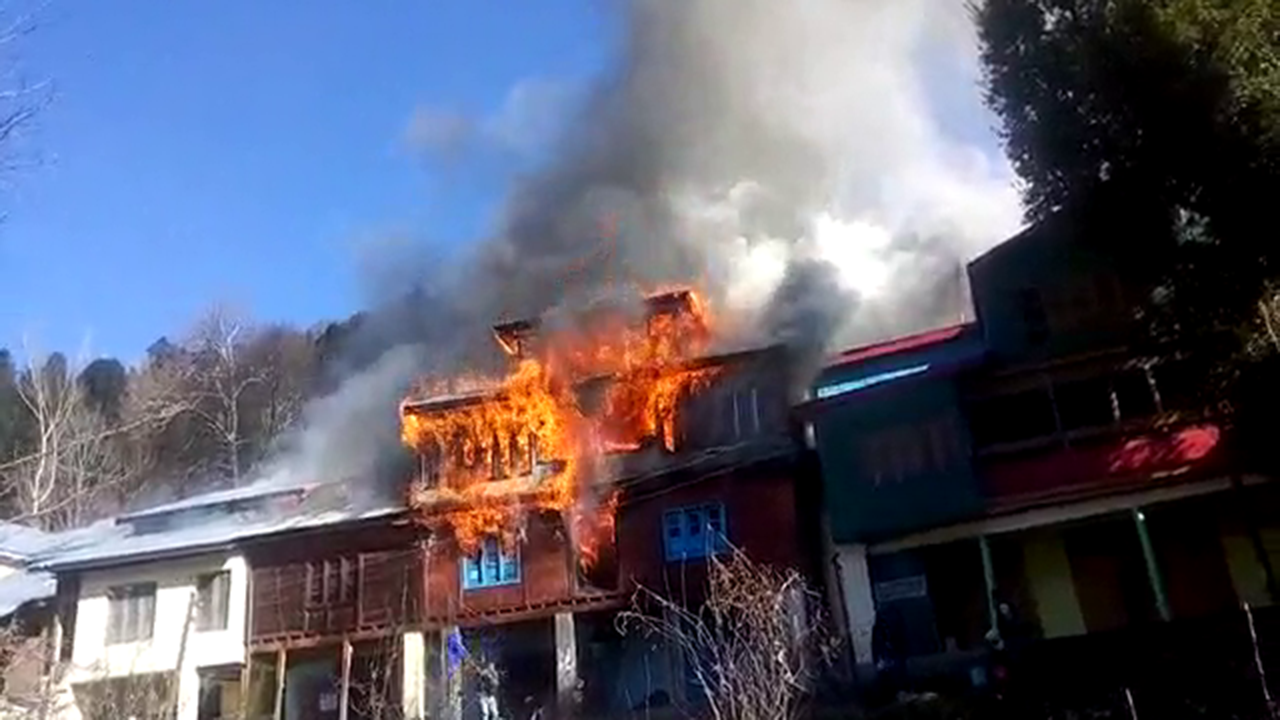 BHADARWAH/JAMMU: Eight shops and four houses were burnt to ashes in a massive fire in Doda district on Monday, the police said.

The fire broke out in the main market of Goha in Marmat area and was doused with the help of army and police personnel along with the locals, they said.

However, by the time the blaze was extinguished, four residential structures and eight shops were gutted while two other houses were partially damaged.

No injury or casualty was reported and the exact loss caused by the fire has not been ascertained yet, they said.

“As of now, the fire has been completely extinguished and we are assessing the losses,” said SP Operation Doda, Ravinder Pal Singh.

The preliminary reports suggest that the fire started due to short circuit in one of the residential houses followed by a gas cylinder explosion. (AGENCIES)