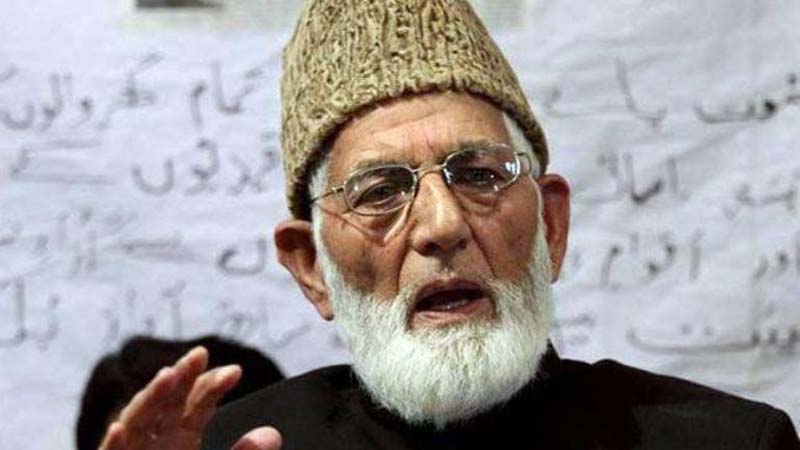 NEW DELHI, Mar 22: The Enforcement Directorate has levied a penalty of Rs 14.40 lakh on hardline Hurriyat Conference leader Syed Ali Shah Geelani in a 17-year-old case of illegal possession of USD 10,000 in alleged contravention of the foreign exchange law, officials said today.
The foreign currency, that equals to about Rs 6.90 lakh, has also been confiscated by the agency as part of an order issued under the Foreign Exchange Management Act (FEMA) on March 20.
The foreign currency was seized during an Income Tax raid at Geelani’s residence in Srinagar’s Hyderpora area in 2002.
The case against Geelani, 89, has been adjudicated and penalty and confiscation order has been issued by the Special Director rank of the agency, who is entrusted to adjudicate the FEMA cases.
Geelani heads the hardline faction of the Hurriyat Conference and is based in Jammu and Kashmir’s Srinagar.
The ED took up the case after taking cognisance of the Income Tax report and had also issued summons to Geelani to appear before it in Srinagar.
Geelani’s counsel had then submitted a written reply and “denied” the recovery of foreign currency from his residence and the subsequent seizure.
Under the FEMA, foreign exchange dealings are regulated in India and acquisition and possession of foreign exchange by resident Indians are required to be conducted in accordance with the general or special permission.
“Geelani did not have any such permission or bona fide explanation for acquisition and possession of the foreign currency.
“Therefore, he has been asked to show cause to the adjudicating officer under FEMA within 30 days as to why the recovered currency should not be confiscated and penalty imposed on him,” the agency had said earlier.
A similar proceeding against another separatist Yasin Malik, former chairman of JKLF, for illegal acquisition of foreign exchange is “in progress”, the ED said. (PTI)