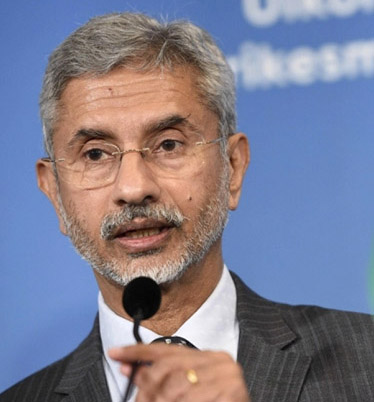 Mexico City, Sept 29:
Greater economic cooperation should drive the privileged partnership between India and Mexico, External Affairs Minister S Jaishankar has said, as he made a case for attracting Mexican businesses to invest in the country and addressed issues faced by sectors like information technology and pharma.
Jaishankar, who is on a three-day visit to Mexico and his first to the Latin American country as the External Affairs Minister, on Tuesday held a productive engagement with Mexican business representatives and Indian companies operating in Mexico.
“Made a case to Mexican business on the attractions of investing in India. Encouraged Indian business to enhance our exports, in line with PM @narendramodi’s directive,” he tweeted.
“Specific issues faced by ICT (Computers and Information Technology), pharma, agro, auto and food industries were addressed. Greater economic cooperation should drive our privileged partnership,” he said.
Jaishankar, the first External Affairs Minister to visit Mexico in 41 years, arrived here at the invitation of his Mexican counterpart Casaubon after concluding his visit to the US for the 76th session of the United Nations General Assembly.
Mexico is currently India’s second-largest trade partner in Latin America and is a member of the United Nations Security Council (UNSC) alongside India for the 2021-22 period, according to the Ministry of External Affairs (MEA).
The two-way trade in 2018 was USD 10.155 billion, comprising exports worth USD 5.231 billion and imports valued at USD 4.923 billion, according to official data.
India’s exports comprise mainly vehicles and auto parts, chemicals, aluminum products, electrical machinery and electronic equipment, steel, gems and ceramic products. India imports crude oil, electrical goods and machinery from Mexico.
Jaishankar also visited the pyramids of the Sun and the Moon at Teotihuacan. It is believed to have been constructed about 200 AD.
“Respecting the heritage of another ancient civilisation. At the pyramids of the sun and the moon at Teotihuacan,” Jaishankar tweeted. (PTI)