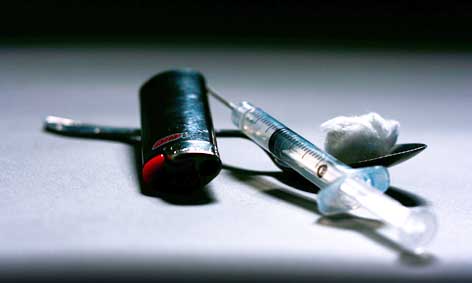 Mohinder Verma
JAMMU, Dec 12: In a big question mark on the plans formulated from time to time by different agencies, the drug trafficking has assumed alarming proportion in the Union Territory of Jammu and Kashmir and situation will completely slip out of the hands if the well-coordinated efforts are not made at every level without further loss of time.
This can be gauged from the official figures, which reveal that there is no let up in the smuggling of narcotics and involvement of the people in this illegal trade, which has the potential of destroying young generation of Union Territory of Jammu and Kashmir.
As per the data, the copy of which is available with EXCELSIOR, a total of 4198 persons were arrested in four years (from 2015 to 2018) from different parts of Jammu and Kashmir for their involvement in the drug trafficking. Of these, 708 persons were arrested in the year 2015, 865 drug peddlers were nabbed in 2016, 1331 in 2017 and 1285 in 2018.
During these four years over 400 quintals of narcotics and over 7.25 lakh intoxicant tablets/capsules were recovered from the arrested drug peddlers, which is a clear indication of no let up in the activities of those anti-national and anti-social elements, who are hell bent to completely destroy the young generation.
The startling figures further reveal that over 3916 kilograms of narcotic drugs were seized from different parts of Jammu and Kashmir in the year 2015 besides over 2 lakh intoxicant tablets and capsules. However, this figure increased to 5334 kilograms in the year 2016 when even 1.22 lakh tablets and capsules, which are readily available particularly in the capital cities of Jammu and Srinagar, were also recovered by different agencies.
In the year 2017, the figure further increased to 8689 kilograms of narcotics drugs and 2.8 lakh of intoxicants while as in the year 2018 whopping 20083 kilograms of contraband and over 1.17 lakh tablets and capsules were seized by the agencies from different parts of Jammu and Kashmir.
The seized drugs include cocaine, Ganja, heroin, ketamine, morphine, opium, poppy husk and poppy straw etc and all this clearly indicates that there is hardly any type of narcotic drug which is not being smuggled into Jammu and Kashmir for supply to the drug addicts particularly the youngsters.
“No doubt seizure of such a huge quantity of drugs and arrest of traffickers is an achievement for the concerned agencies but at the same time it is an indication of uninterrupted attempts from different quarters to inject slow poison into the lives of youngsters”, official sources told EXCELSIOR.
They further said, “the continuous rise in the drug trafficking has put a big question mark on the plans formulated by different agencies from time to time to check the menace”, adding “seizure and arrest is one aspect but the situation can be prevented from slipping out of the hands only by completely plugging the smuggling routes, which otherwise seems to have not received the due attention”.
This is notwithstanding the fact that borders in proximity with the major illicit opiate and methamphetamine production regions of the world like Pakistan are vulnerable to drug trafficking and J&K has long border with Pakistan as such it has become preferred destination for the drug traffickers.
“There should be complete coordination between various law enforcement agencies—be it of Union Government or the Government of Union Territory of J&K on intelligence sharing as well as on intensive preventive efforts along known drug routes”, sources stressed, adding “plugging of such routes would go a long way in curtailing the entry of drugs to Jammu and Kashmir”.
Pointing towards large number of acquittals in the Narcotics Drugs and Psychotropic Substances (NDPS) Act mainly due to faulty investigation, they said, “efforts should be made to reverse this trend to have deterrent effect on those indulging in drug trafficking without the fear of law”.
It is pertinent to mention here that Standard Operating Procedure (SOP) prepared by the Home Department for handling NDPSA cases is not being followed in letter and spirit by the Jammu and Kashmir Police as a result of which courts are compelled to acquit the accused.