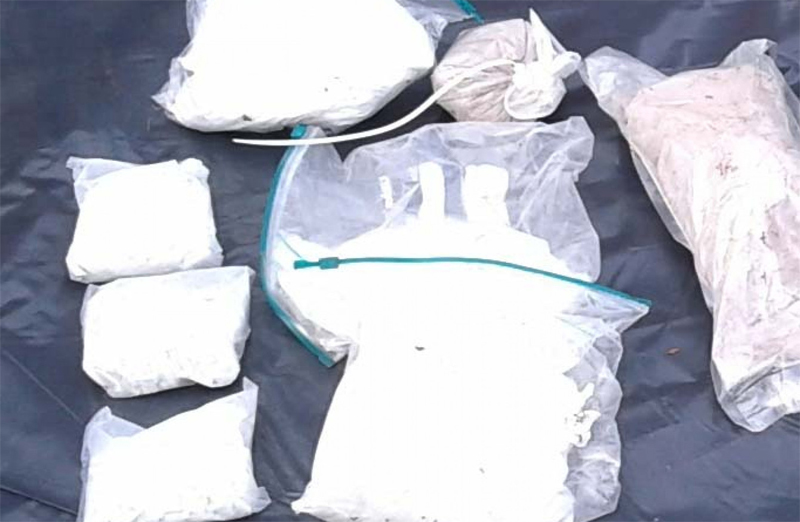 Jammu and Kashmir has definitely become the hub of narco smuggling and drug abuse in a decade. Daily news of contraband seizures in UT is a routine now. But situation is serious enough for immediate attention as money derived from the narcotic trade is directly put into terrorism. Pakistan being the main international supplier and three thousand plus kilometers of Indo-Pak border is porous enough for unabated trans-border drug smuggling. Earlier Trade Facilitation Centres were the easiest way for drug smuggling but with the closure of these centres now new ways have been devised like drones. Both Jammu as well as Kashmir youth are neck deep involved in drugs. J&K now has a thriving drug smuggling hub of heroin, opium, cannabis etc by system controlled from across the border. Then there are the medical opiates like cough syrup, neuro-toxic tablets that are easily available from chemist shops or spurious dealers and finally those who are desperately indulged in intake of Fevicol, thinner, glue sticks, shoe polish etc. The high unemployment rate, socio-political disturbances in the region, growing up pangs, broken relationships, academic failures, peer pressure, easy money availability, parental failure are few reasons of drug abuse. Despite seizure of quintals of narcotics the problem has not received due attention of investigators and the prosecutors with the result that number of acquittals in such cases greatly outnumbered the convictions, for every conviction there are about nine acquittals. It’s baffling what is stopping UT administration to install full truck scanners all along the UT highways. Immediate attention should also be given to drug de-addiction centres at village level and more ultra modern such centres in cities is the need of the hour. Despite prevalent serious drugs situation no proper FSL makes investigation difficult and acquittals easy one. All police officers must be given proper scientific training to nab the culprits and being made well aware of prevailing NDPS Act’s Sections to minimise acquittals. There are so many facets of the problem like detoxification, relapse prevention, psychological counselling etc that need specialist intervention. Serious cases have to be transferred immediately to urban centre that have advance facilities. Assistance in this regard should be taken from security forces, especially the army, in view of their presence in the remote rural areas. Cross-border drug supply has to be completely cut off. The trade routes which are being used in this manner need to be investigated and on no condition should goods be allowed to pass unchecked. The Government needs to up their game in clamping down on internal drugs supply routes. The punishment vested out to the offenders and the suppliers must be strong enough to discourage the crime along with fixing of accountability of erring officials as well. The common people need to be made aware of the consequences of drug use and made to understand that drug use is a problem which can be very well dealt with. The taboo associated with drug use must also be removed to enable a healthier de-addiction process.
GoI is sincerely working on drug menace and every effort is being put to nip the bud itself with formation of dedicated Anti-Narcotics Task Force under DGP’s, efforts to curb misuse of dual usage chemicals, proposed National Narcotics Call Centre MANAS, Narcotics Training Modules, efforts to develop Narco-Canine Pool to name a few. Centre can issue guidelines but onus lies with the Jammu and Kashmir Police which has to put extra efforts now as evidently drugs are too easily available and it’s hard to believe that police is clueless about what’s going on. With the ever increasing number of drug addicts and contraband seized, matter is serious enough and requires all out effort to weed out this menace from society otherwise days of ‘Udata Jammu and Kashmir’ are not far away.