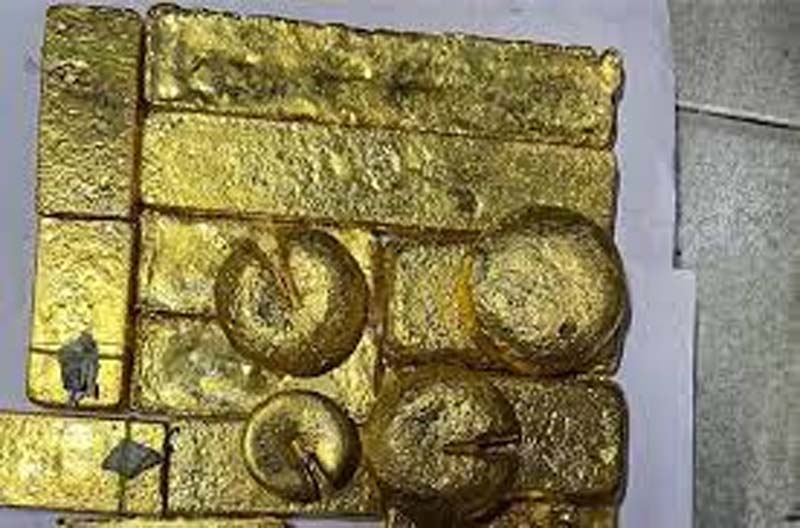 MUMBAI, Jan 24:  The Directorate of Revenue Intelligence (DRI) seized 36 kg of smuggled gold worth Rs 21 crore along with Rs 20 lakh unaccounted cash from the Air Cargo Complex in suburban Andheri and arrested a person from the premises, an official said on Tuesday.

Based on specific information, DRI officers conducted a search at the Air Cargo Complex Mumbai Customs on Monday and recovered smuggled gold in various stages of processing, the official said.

It is the largest Air Cargo Complex in India in terms of the volume of cargo handled, the value of the cargo, documents filed and revenue collected.

While investigating cases of gold smuggling, the DRI had found out about a syndicate involved in the processing and distribution of smuggled gold, and the payment for these valuables was done through the hawala channel, he said.

The DRI then mounted surveillance on the travel pattern of a few foreign nationals and suspected Indians to bust the syndicate, the official said.

Officials seized 36 kg of gold in various stages of processing, which was valued at Rs 21 crore from the Air Cargo Complex. Unaccounted cash to the tune of Rs 20 lakh was recovered from the person in-charge of the premises and he was placed under arrest, the official said.

The accused has informed that he had procured the gold from different individuals, some of them foreign nationals, in the form of capsules smuggled through body concealment, in travel bags, layering of clothes and different types of machines, he said.

Further probe revealed that the gold was delivered to various domestic “players”, suspected to be part of the syndicate, daily using specific codes, he said.

The accused has been arrested under the Customs Act and further investigation is underway, the official added.  (PTI)