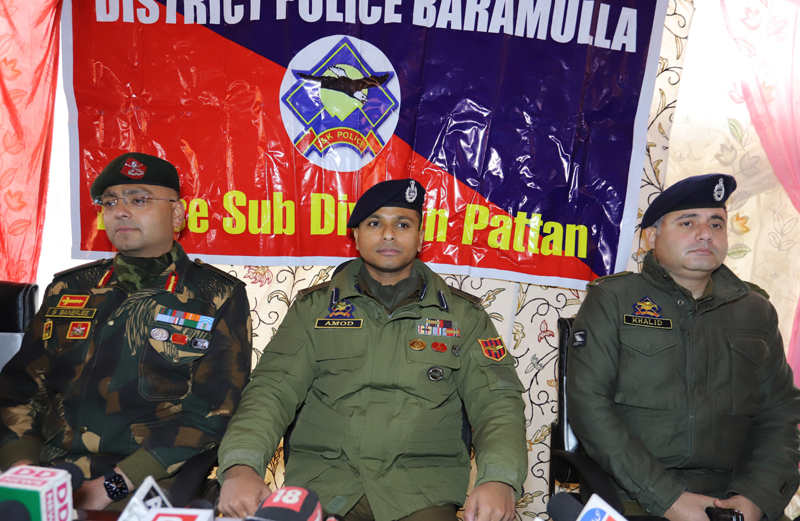 A police spokesman said that unearthing a major activity of militants to misguide the youth and entice them to join militant ranks, Baramulla police along with Army’s 29 RR has succeeded in rescuing 5 youths including 2 juveniles from joining militancy.
He said that as per information received from reliable sources, it was learnt that some youngsters are being enticed by militant handlers from Pakistan to join militant organizations.
“On receiving this input, security forces first traced these youth and they were subjected to sustained questioning with the help of their parents. On their disclosure it was learnt that these youth were in touch with militant handlers in Pakistan through social media to get recruited in militant outfits. Militant handlers were trying to radicalize the minds of these boys. These boys all in their teenage have now been handed over to parents after proper counselling.
“Police and Army are firm in their resolve to defeat all nefarious designs of enemy to misguide and radicalize the youth of Kashmir,” he said.
“Parents are requested to keep vigil on activities of their children and cooperate with police,” the spokesman stated.