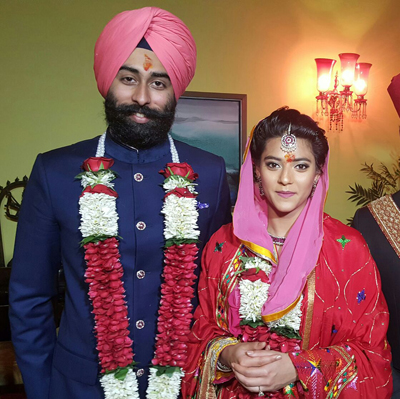 JAMMU, Apr 12: Dr Karan Singh’s granddaughter and Yuvraj Vikramaditya Singh’s daughter, Mriganka Singh has been engaged to marry Nirvan Singh the grandson of Captain Amarinder Singh.
The engagement ceremony took place at a private function at Dr Karan Singh’s New Delhi residence.
The two families have known each other closely for four generations since pre-independence. This is seen as not just a coming together of erstwhile royal families but also as a union of the country’s top political personalities and families.
Dr Karan Singh, son of the last ruler of Jammu and Kashmir late Maharaja Hari Singh is a senior Congress leader and Member of Parliament. Captain Amarinder Singh is the former Chief Minister of Punjab and scion of erstwhile Patiala State.
Twenty-seven-year-old Nirvan is the younger son of Captain Amarinder’s daughter Jai Inder Kaur and Gurpal Singh.
Twenty-five-year-old Mriganka is the daughter of Dr Karan Singh’s elder son Vikramaditya Singh and his wife Chitrangada Raje, daughter of late Madhavrao Scindia of Gwalior and sister of Congress stalwart and Member of Parliament, Jyotiraditya Scindia. Vikramaditya is a People’s Democratic Party (PDP) leader and member of the Jammu and Kashmir Legislative Council.
It may be interesting to note that this is the second royal-political alliance in Captain Amarinder’s family in one year. Last year, Angad Singh, another of his grandsons, had tied the knot with Aparajita Kumari, daughter of Himachal Pradesh Chief Minister Virbhadra Singh.
In attendance at the royal engagement ceremony to bless the young couple were Chief Minister of Rajasthan Vasundhara Raje, Chief Minister of Himachal Pradesh Virbhadra Singh amongst a host of other prominent royalty, politicians and industrialists.