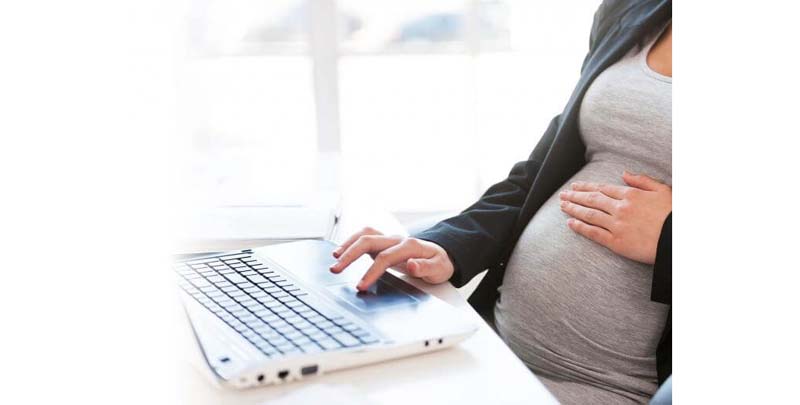 JAMMU, May 25: The Department of Personnel & Trainings Government of India has made fresh recommendations to all State Governments and Union Territories to exempt the pregnant women and disabled staff members as well as those staff members who are underlying morbidities from attending the offices in view of the prevailing conditions in the country due to spread of COVID.
According to sources, the recommendations were made by the DoPT after it received representations from various people from the J&K UT saying that the recent Circular issued by Government of India has not been implemented in J&K despite the fact that the pregnant women, disabled persons and people suffering from co-morbidities are at high risk of being attacked by Coronavirus pandemic.
In their representations to the Union Government, the people of J&K have expressed their surprise over the delay in implementation of the Union Government Circular in this regard to provide some succor to the pregnant working women as well as disabled staff members and those suffering from other co-morbidities.
As per the Union Government notification issued to all State and UT Governments on May 19 by the DoPT the pregnant women officials and disabled persons were exempted from attending the office. However, the order has not been implemented in the J&K UT till date where even some pregnant ladies were reportedly found to be suffering from dreaded Coronavirus.
The order was to be followed by the Central Government Ministries as well as State and UT Governments to ensure the safety of pregnant women and disabled persons. In addition to that the order further said that the Government employees who have underlying co-morbidities and were under going treatment for these ailments before the lockdown may, as far as possible, be also exempted upon attending duties after production of medical prescription from physicians under whose treatment they are as per the CGHS/CS(MA) rules, as applicable.
It may be recalled that over two dozen pregnant women have turned COVID positive in Kashmir valley during last two months while two pregnant women were reported positive from Jammu region.
Keeping in view the high risk among the pregnant women, disabled persons and others suffering from co-morbidities, the DoPT had issued a circular of exempting the Central Government as well as State Government and UT employees falling under these categories from attending the duties.
When contacted, Union Minister in PMO incharge DOPT, Dr Jitendra Singh told Excelsior that his Ministry has made fresh recommendations to the State and UT Governments regarding implementation of DoPT Circular issued on May 19. He said the pregnant women employees should be exempted from attending the office even if they have not applied for the maternity leave. This step was taken for the safety of these employees, he added.
He said the fresh suggestions have been made to all the UT and State Governments to follow these guidelines in letter and spirit which are applicable to Central Government employees as well.
It may be recalled that in view of the Central Government guidelines, District Development Commissioner, Srinagar, Shahid Iqbal Choudhary in his capacity as chairman District Disaster Management Authority has issued guidelines for all DDOs in his district to ensure all pregnant women are sent on one month’s leave from May 20 immediately.
The Circular stated that during the leave period, the officials should be entitled to full pay, emoluments, arrears as due during routine duty. The Circular further said that the DDOs should submit a consolidated list of such employees of District Disaster Management Authority indicating the expected date of delivery enabling his office to monitor special requirements of individual cases.
The DDOs have also been asked to put in place alternate mechanism for official assignments wherever such employees are sent on leave.
Meanwhile, former MLC Dr Shahnaz Ganai has questioned the failure of UT Government in implementing the Circular of GoI in case of pregnant women employees and disabled persons. She said that such people are at high risk of falling prey to the pandemic and the Government is supposed to ensure their safety. She made an appeal to Lt Governor, G C Murmu urging him that the Circular of GoI be implemented in letter and spirit immediately.