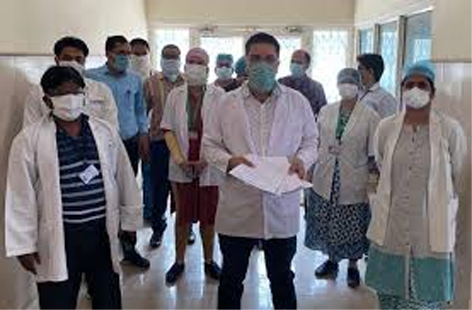 After all, why are not the orders in respect of personnel matters issued only after due considerations and a thought process and only after relevant Rule Book or procedures duly followed? It looks strange that orders are issued to use prefix Dr. by AYUSH Doctors engaged as Mid Level Health Providers (MLHPs) and only a fortnight thereafter, orders are issued to rescind the earlier one and reverse the procedure. CMOs were directed to also pay to the MLHPs monthly work done incentive in addition to their monthly remuneration. However, Director Health Services, Jammu withdrew her this part of the order too by not releasing monthly work done incentive to the concerned MLHPs in addition to their monthly remuneration.
In a state or UT or whatever, where incentives are not paid for work done, means the other way that “do not do any work at all “. Most of the problems occurring and even becoming bases of industrial disputes and personnel related issues emanate from obsolete ways of deciding simpler things. Hundreds of cases pending against the Government departments even in courts emanate from the reckless approach adopted by the decision taken machinery. What precisely is the issue of contention except indecisive and incompetent decision taking mechanism. Whatever the case, these MLHP medical personnel (we can’t call them Doctors now ) are humiliated and harassed which would impinge upon their performance which is deplorable and a net loss if reckoned carefully. We abhor such a ding dong approach in personnel matters.