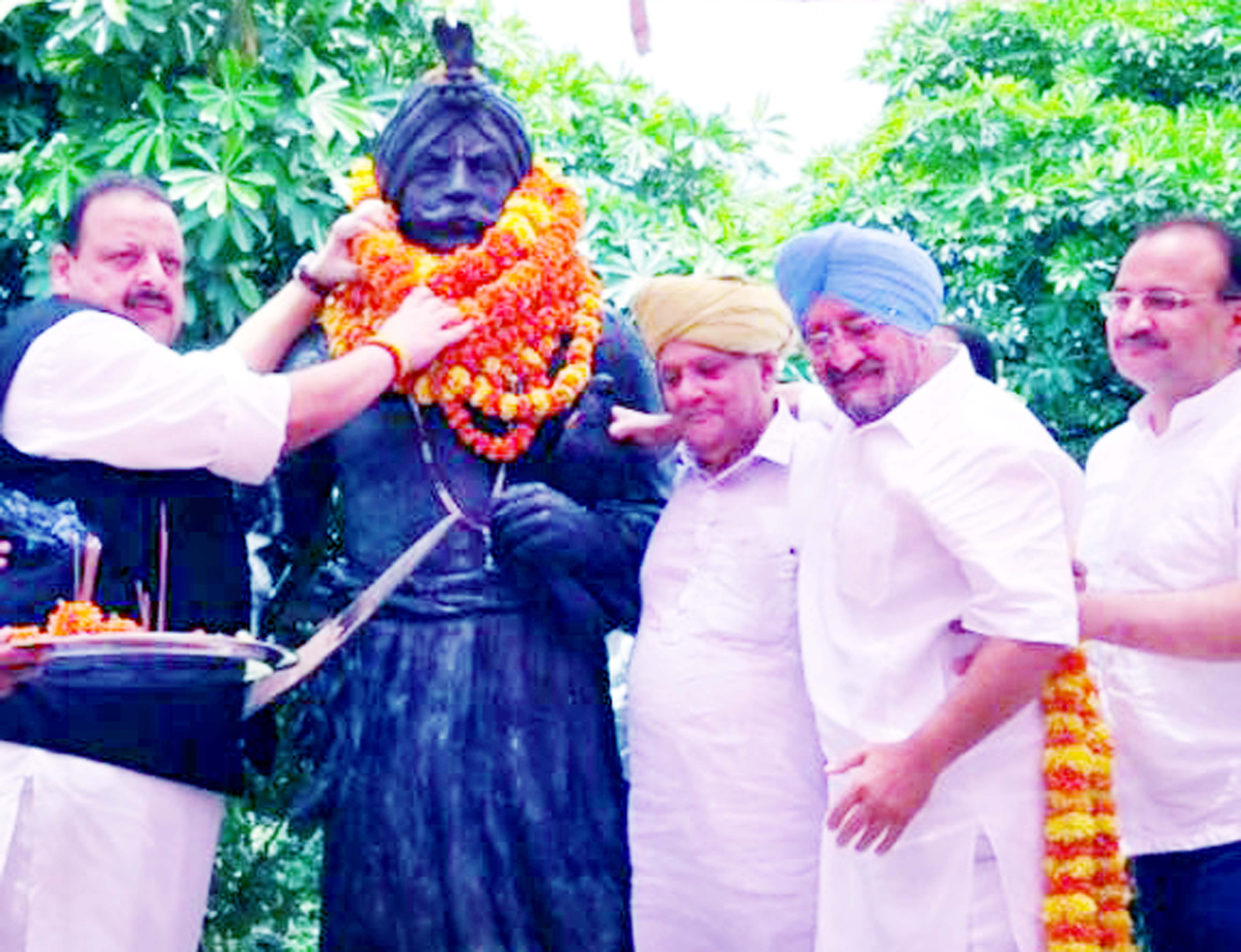 Excelsior Correspondent
JAMMU, June 10: National Conference Provincial President for Jammu and MLA Nagrota, Devender Singh Rana  has  stressed the  need of  promoting rich Dogra culture and heritage, saying this symbolises the spirit of  love, compassion and inclusiveness.
“We are inheritors of a glorious ethos, bequeathed by warriors like Mian Dido, who showed by their actions and deeds their love for humanity during most difficult times”, Rana said while paying tribute to the great Dogra warrior Mian Dido on his Balidan Diwas here.

Click here to watch video
BJP MLC Ashok Khajuria, former MLC Trilochan Singh Wazir, Retired Session Judge Udhey Veer Singh, Chairman Team Jammu  Zorawar Singh and president Mian Dido Welfare Committee,  Sumant Singh Jamwal were among the hundreds who paid homage to the Dogra iconic hero at his memorial at Amphalla.
“Mian Dido fought for the cause of millions, irrespective of caste, creed and colour and the best way of remembering the warrior is to imbibe the spirit of his inclusiveness among younger generation”,  Rana said and dwelt upon the life and struggle of Mian Dido. He said reverence for Mian Dido is still echoing in the folk songs sung in his remembrance by the indebted people. He said the land of warriors will never compromise with the identity and dignity for which Mian Dido waged a relentless war over two centuries ago.
“This day also reminds us of great Jammu heroes, who have struggled in their own way to carve out a place of honour for the selfless people of Jammu”, Rana said, urging the intelligentsia and opinion leaders to come forward and generate awareness about the towering spiritual figures like Mian Dido, who strived all his life for strengthening the bonds of brotherhood.
Paying tributes, MLC and senior BJP leader Ashok Khajuria said the life of Mian Dido has been full of selfless service and sacrifice that remains the high point of Jammu ethos even now.  He said that Jammu has been  abode of warriors and great social workers who have immensely contributed in protecting the dignity and honour of the people and forging bonds of amity between various segments of society.
On the occasion  Devender Rana and Ashok Khajuria announced Rs 10 lakh each out of their Constituency Development Fund for construction of a Community Centre. Khajuria also announced another Rs 10 lakhs for development of Mian Dido Memorial at Amphalla Chowk in Jammu.
Prominent among those present on the occasion included   Balbir Singh, Thanater Singh,  Rakesh Singh,  Pradeep Singh,  Kaku Singh,  Jatinder Singh, Dilawar Singh, Rahul Dev Singh, Rajinder Singh,  Mangal Singh and others.