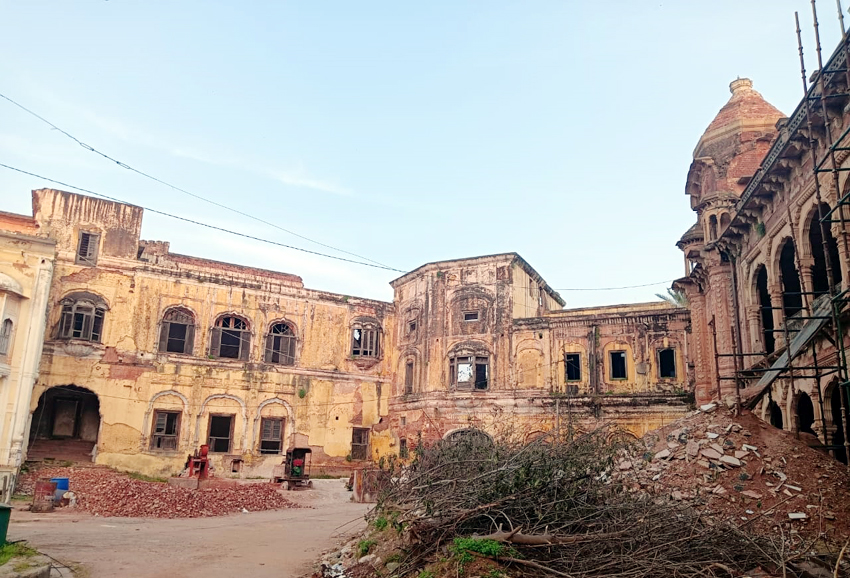 Shiv Chander Sharma
Overlooking river Tawi and standing on the top of Jammu city towards North, the ancient Royal Palace of Dogra rulers is the identity of Jammu, the winter capital of the Jammu Kashmir Union Territoy.
This ancient palace, which served as Royal Courts, residential palace of various Dogra rulers from middle of the 19th century AD till 1947, then as Civil Secretariat of the elected state government for many years till new secretariat building was constructed, Assembly Hall and then High Court and Subordinate Courts besides most of the government offices, is in shambles demanding immediate renovation to save this Dogra heritage.
Though few years ago the process to renovate the palace to attract tourists and pilgrims of Mata Vaishno Devi cave shrine coming to Jammu round the year, was taken in hand by the state government yet the work is in progress at snail’s pace which is likely to take many years to complete. Spread in over a square km area, this majestic palace looks from various parts of the city and attracts many. The location of this palace is such that one never feels heat once inside it even during peak summer months.
A large number of people still visit this palace but only to find it in poor condition. Though they like Dogra Art Gallery inside this palace housing Dogra rulers’ armaments, coins, other antiquities and rare items belonging to Dogra history as well as that of contemporary history of adjoining states and Mughal period. However, terracota life size Budha (Lord Budha) heads excavated from Amabaran village in Akhnoor town on the banks of river Chenab, about 28 km from Jammu city are among the main attraction.
Recently, a team of a Hindi movie unit of Bollywood with versatile actor Shakti Kapoor with leading role had come to shoot their next movie and shooting took place inside the main palace where once existed the Department of Hospitality and Protocol besides Power Development Department. Large number of Jammuites assembled to watch the shooting of the movie.
The construction of this grand palace is believed to have begun in 18th century A.D during the rule of Maharaja Ranjit Dev. However, it took about 50 years to get it completed during the reign of Maharaja Gulab Singh, founder of Jammu and Kashmir State in the middle of 19th century A.D. During all these 50 years successive rulers continued to add new complexes according to their requirement and it had about 2000 rooms and halls after completion, of which not all remain now and have wore the brunt of the time due to neglect towards it repair and renovation in time.
This palace has witnessed many ups and downs during its more than 200 years history though Maharaja Hari Singh, (father of former Union Minister and Ambassador to USA, Dr Karan Singh) , who annexed J&K state with India when India got freedom and was last ruler of the state during autocratic rule, had shifted his residence to another built palace, Amar Palace, the Royal Courts continued to be held in this palace. Part of elegant complex, previously occupied by High Court, had once remained the office of J&K Foreign Ministry till 1947. However, Maharaja Pratap Singh had shifted his Palace in present Hari Niwas also housing Governor office and residence during his rule between 1885 to 1925 AD.
This palace is also famous as Raje ki Mandi, Old secretariat and Mubarak Mandi among the people. Till last few years most of the important state government offices used to function here . However, High Court and Subordinate courts stands shifted to newly built Court Complex in another part of the city, Janipur, now.
After the accession of J&K with India in October 1947, this palace was converted into Civil Secretariat. In 1980’s this palace was declared unsafe by a state government department for housing any office. This announcement had come after a major complex of the palace called Gole Ghar, was completely gutted in fire.
Of the three major parts of the palace complex namely Dewan-e-Aam, Dewan -e-Khas and Gole Ghar, only two remain now. The façade towards Panjtirthi locality in the old city was destroyed about 40 years ago, however, another main gate towards Chowk Chaubtra still attracts passersby because of its size, shape and look till date.
This palace is also famous for colonies of the simians, the rhesus monkeys who are being fed by the religious minded people till now. Many come at this palace to feed monkeys with the belief that Lord Hanumaan will be pleased by this act.
Once the renovation of this palace is completed it is certain that it will attract lakhs of Mata Vaishno Devi pilgrims and tourists who will like to witness this palace of the J&K UT which had once seen the indirect interference of the Britishers to dislodge the Dogra rulers to take control of the state, which they could never happen. 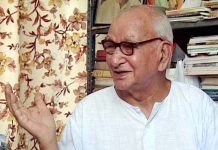 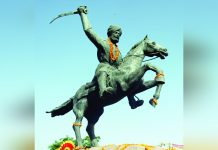 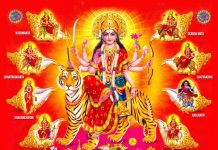 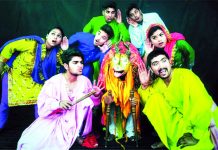