JAMMU, Dec 27: Activists of Dogra Front and Shiv Sena J&K here today staged a protest demonstration demanding removal of Rohingya vendors from the city.
Led by the Front President, Ashok Gupta the protesters outside Jammu Municipal Corporation complex also demanded to stop harassment meted out to the local vendors trying to earn honest livelihood.
Speaking on the occasion Gupta said that Rohingyas and Bangladeshis pose demographic and security threat and should be deported as they are illegally staying here.
Gupta also said that Rohingyas are the biggest threat to communal harmony and composite culture of Jammu due to their proven links with militant outfits and suspected role in terror attacks.
“These Rohingyas are moving in the city as beggars and hawkers and by doing so they become familiar with every nook and corner of the city which is a grave threat as per security aspects,” Gupta maintained.
He also mentioned about the criminal activities of these alleged illegal immigrants.
The Shiv Sena leader further stated that he would be meeting the new IGP Jammu soon with demand of stern action against the Rohingyas.
He also appealed to Jammu Mayor for permanent settlement of Rehriwalas.
Bodh Raj, Sukhdev, Bantu, Nikku, Ram Pal, Charan, Abhishek and others were also present in the protest. 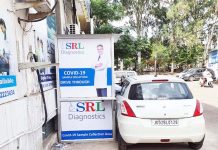 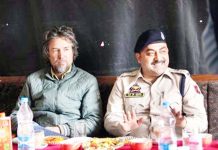 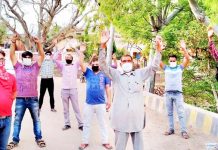 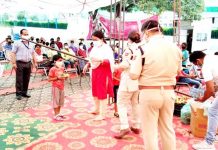