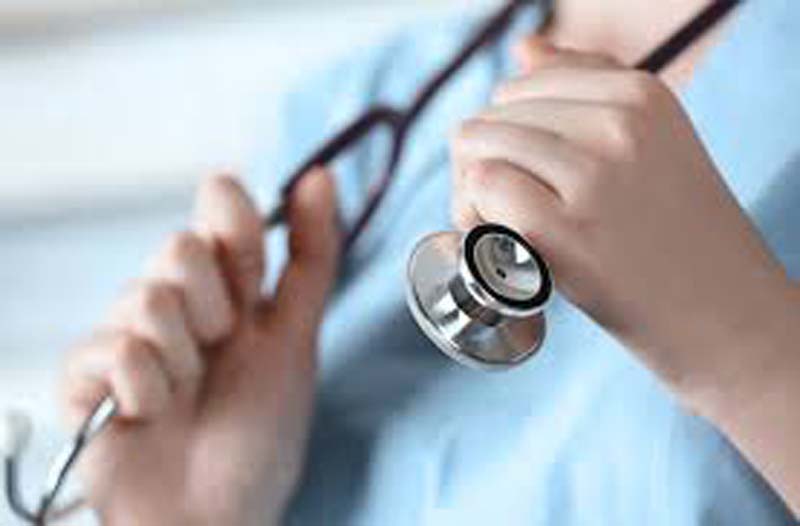 Irfan Tramboo
SRINAGAR, June 2: In an unprofessional and unethical move, an on-duty doctor allegedly left the hospital without seeking permission from the concerned officials while his services were needed for a procedure at Sub-District Hospital (SDH), Kreeri in Baramulla.
Officials at the hospital told Excelsior that a pregnant lady was brought to the hospital yesterday (Monday) for emergency surgery. However, they said, that the concerned Gynaecologist could not proceed with the procedure without the help of the Consultant Anaesthetist who remained absent from the duty.
They further added that without the assistance of the concerned Anaesthetist, the Gynaecologist could not carry out the surgery-which could have risked the lives of both the mother and the infant.
The officials said that the concerned doctor was called several times to join back the duty at the hospital, but he told them to do whatever they want to do and that he was not going to come back to the hospital.
When contacted, Block Medical Officer (BMO), Kreeri Dr Javid Iqbal told Excelsior that soon after the “unprofessional” behaviour from the doctor, he brought the issue into the notice of the district administration which has now ordered an inquiry into the conduct of the doctor.
“Ideally, he had to seek permission from me, but he did not; this is unbecoming of a professional; a doctor cannot put lives at risk. I have swiftly brought the issue into the notice of the Deputy Commissioner, Baramulla who has not ordered an inquiry into the matter,” he said.
Meanwhile, Deputy Commissioner, Baramulla G N Itoo has ordered an inquiry into the incident on Monday and has directed Tehsildar, Kreeri to submit a report by Wednesday so that further follow-up action is taken in the matter.
The Deputy Commissioner has termed the incident as “unbecoming”, equal to indiscipline, which warrants strict actions. The inquiry order issued vide number DCB/PS/1773-75 has identified the doctor as Ishtiyaq Ahmad Wani.
Consultant Anaesthetist…” has left the hospital without proper permission and that too at a time when he was to attend a medical emergency case of a pregnant lady. Whereas the behaviour of the doctor is unbecoming and tantamount to indiscipline which warrants strict action,” the inquiry order read.
In an attempt to reach to the concerned doctor, Excelsior tried to contact to him for comments. However, he did not respond to several calls and messages from this reporter.