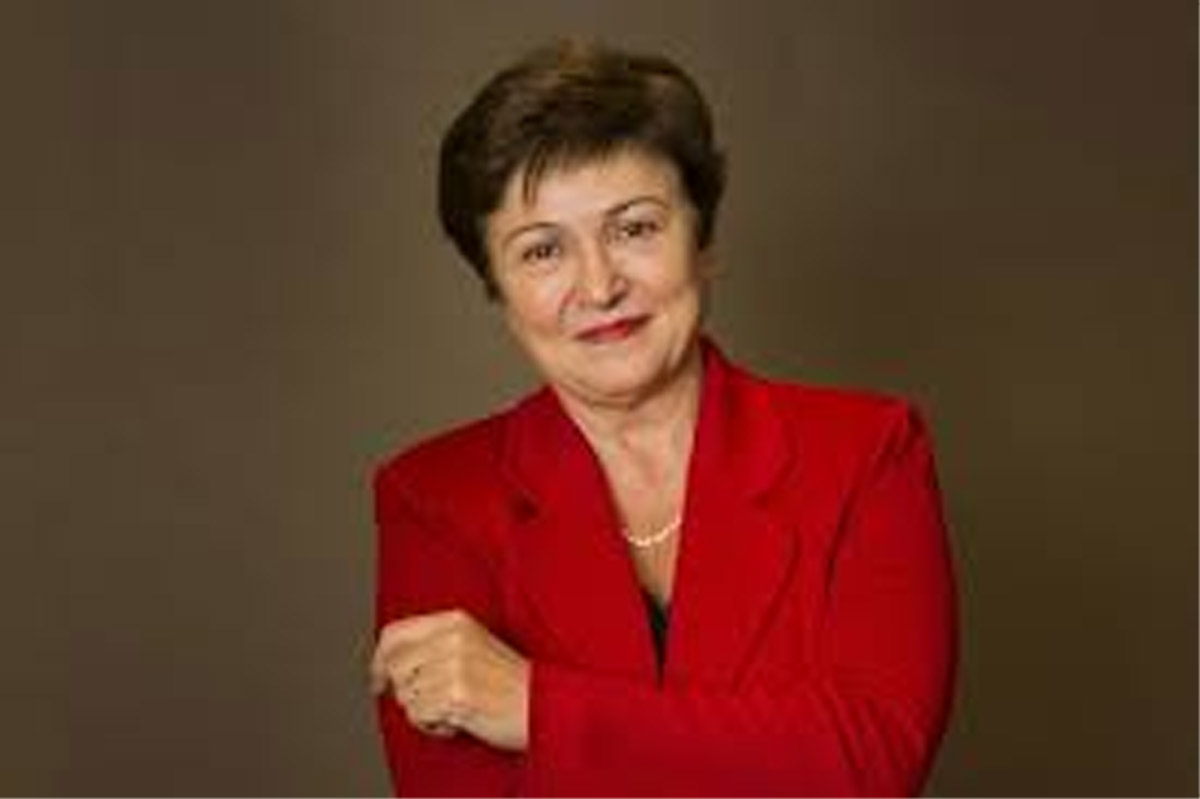 PARIS, Aug 3: EU ministers on Friday chose the Bulgarian number two of the World Bank Kristalina Georgieva as the bloc’s candidate to become IMF chief, in a fractious vote that failed to heal bitter divisions between member states.

Georgieva, if appointed, would become the second female managing director of the International Monetary Fund after Christine Lagarde who has stepped down to head the European Central Bank.

The Bulgarian economist is “now the European candidate for the new managing director of the IMF.

She has all the required skills to successfully lead the IMF,” French Finance Minister Bruno Le Maire, who led the process, wrote on Twitter.

But officials warned that Friday’s vote, an unprecedented step called by France in a bid to bridge divisions between Paris and Berlin and north and south, may not represent the end of the issue due to a series of possible snags.

Georgieva will theoretically be over the maximum age for an IMF chief and while she won the vote she did not get the full majority under the EU’s complex qualified majority rules.

After three candidates fell by the wayside during the day, former Dutch finance minister Jeroen Dijsselbloem, backed by Germany, and Georgieva, who was backed by France, were the last two hopefuls.

The post of managing director of the IMF goes to a European by convention but not rule. The EU fears too much division or hesitation may encourage support for candidates outside Europe.

“The story has not ended tonight,” a source close to the discussions told AFP, asking not to be named.

Another source added, “Her (Georgieva’s) candidacy does not have the support of everyone and the consensus was extracted with a forceps. This could encourage other pretenders to jump in.”

Under the qualified majority system used in the vote of EU ministers, Georgieva won the support of 56 percent of EU countries representing 57 percent of the EU’s population, added the source, who asked not to be named.

However, the qualified majority voting rules mean an outright winner should have the support of at least 55 percent of the member states representing between them 65 percent of the EU’s 500 million people.

EU finance ministers held a telephone conference after the vote to discuss the outcome.

“I congratulate Kristalina Georgieva with the outcome of today’s European votes. I wish her the utmost success,” Dijsselbloem wrote in a message on Twitter without saying more.

There had been a shortlist of half a dozen candidates, but Portuguese Finance Minister Mario Centeno dropped out, followed by Spain’s Economy Minister Nadia Calvino and then Bank of Finland chief Olli Rehn.

Britain declined a last-minute invitation to field a candidate, the French finance ministry said, amid speculation that Canadian-born Bank of England governor Mark Carney could be interested.

Sources said Carney, who made clear his interest in the job in a radio interview earlier Friday, could yet be a candidate and he enjoys “a very strong network within the IMF”.

Nations in southern Europe have long memories of the tough austerity measures imposed as part of the IMF-backed debt bailouts, which they say choked off economic growth they badly needed to recover.

Southern countries had chafed at the prospect of Dijsselbloem because of his tough stance against nations like Greece when he headed the group of EU finance ministers.

Georgieva has served as chief executive of the World Bank, the number 2 post, since 2017.

An economist by training, she was previously Bulgaria’s EU commissioner from 2010. In 2016, she was a leading candidate to become UN secretary general before losing out to former Portuguese premier Antonio Guterres.

But Georgieva turns 66 later this month, which would infringe a rule that the IMF’s managing director must be under 65 when appointed.

The IMF plans to select its new leader by October 4.

Other fund members would have to make an exception for her, “which is not a given”, according to one source close to the discussions.

US Treasury Secretary Steven Mnuchin emphasised at a meeting of G7 ministers last month that naming a European to head the IMF was a convention, “not an official policy”.

Possible non-European candidates could include the general manager of the Bank of International Settlements and former Bank of Mexico governor Agustin Carstens, and Lesetja Kganyago, the governor of the central bank of South Africa. (AGENCIES)