Our ancient monuments are symbols of our pride which they keep on cultivating with greater magnitude hence according the due importance and purpose to our heritage and our past. For academicians and scholars, such symbols are also one of the richest sources of history. Moreover, these monuments provide a sense of belongingness and identity on a continuous basis and connect us with the future generations. Should we , therefore, not ensure that there was no violation , even in the least, willy-nilly committed in respect of their dignity ? While dealing with various aspects of our symbols of heritage, as these monuments are, we have through these columns been stressing upon the need of motivating our younger generations , school and college going students in particular, to visit these monuments so as to let them feel a sense of belongingness and rich identity in the fast changing world where tastes and preferences keep on changing with greater emphasis on materialistic pursuits. If any type of construction, even for a noble cause, is carried out in the immediate neighbourhood of any of such monuments , that simply constitutes violation of its sanctity , even can be classified as an encroachment besides amounting to having no regard for Ancient Monuments Preservation Act under which a particular symbol of heritage is declared as a protected monument.
In this connection, therefore, construction of a school building near Jaganoo Fort in district Udhapmpur by J & K Samagra Shiksha is a glaring example of how our symbols of heritage are treated. More so, seeking prior permission for such construction on a piece of land originally belonging to the Fort from the concerned authorities of the Department of Archives , Archaeology and Museums , has been considered not necessary. The Fort built in 1928 and declared as a protected monument has no provision for any type of construction in and around the monument except with the recommendations of the Government , the concerned department in which case , at best can allow such construction only for public amenities in the specified area. If such a restriction in principle would not be there and enjoined upon all to strictly follow, there could take place encroachments on and constructions in and around the monument randomly only to result in the Fort losing all its grandeur and exclusiveness of its peculiar importance. Instead of initiating measures to have restoration works carried out and executed to conduct necessary repairs and to restore elegance and original shine to the monument under reference , construction of a school building is totally unjustified. It is learnt that the magnificent walls of the Fort have started showing signs of getting dilapidated and if remedial measures were not taken at an early date, the possibility of their caving in cannot be overruled.
Needless to add, a situation must be imagined under which conditions , of course, with comparative limited resources , such a Fort was built by the then rulers and how even the problem of drinking water for the entire area was addressed in such a way that the Bowlis were constructed and nearly for a century thenceforth , these serve as the main source of drinking water for many people even now and the water otherwise is considered good for health as being highly digestive in nature. Instead of taking forward such priceless symbols of our heritage – culture, history and identity – anything done even inadvertently which can cast unwanted shadows on the sanctity of these monuments , must be totally avoided and legally proscribed as we cannot afford to eradicate our past . Hence, the said construction must be demolished forthwith and reasons behind such violations ascertained. Authorities concerned feigning ignorance about the entire issue or conversely showing any sort of inelastic approach thereto, must not be accepted. 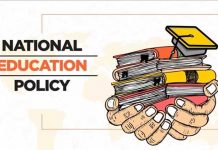