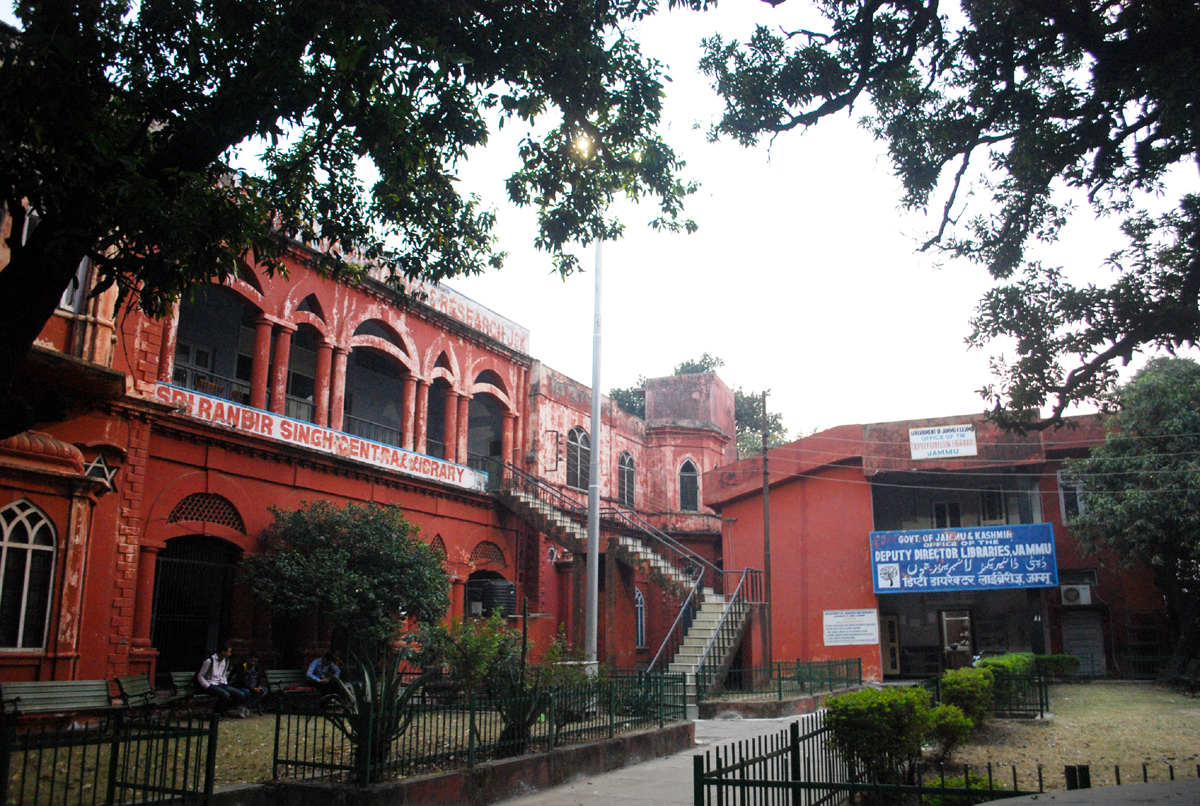 Archana Masih
One Thirty Eight years old Shri Ranbir Singh(SRS) library’s dilapidated condition tells the story of, it being neglected on the part of the ‘department of libraries and research Jammu and Kashmir’ a department that claims itself to be dedicated for the betterment of libraries in the state has done way too less to safeguard the interest of this library that holds a rich collection of rare and heritage books.
Wall paints have lost their lustre, section halls are poorly lit and dust gathered on books, piled up in a corner, welcome all kinds of bugs and beetles. Cracked walls and sundered doors, dusty almirahs with books whose covers have worn out show the pathetic condition of this enriched library. The turning point would now be if the authorities concerned take some steps to preserve this heritage.
The so called reading room provided for the members with its approx measurement 20*15 has a little space that can barely accommodate 30 persons.
“This library had a reading room only for senior citizens but after complaining repeatedly we also got access to the same room but sometimes it’s much crowded that we find it very difficult to concentrate,” said a student who is also a member of the library from the past six months.
“I have been a member here for years, very little development has been taken place, I am an ardent book reader who wants this library to be preserved, in recent past some renovation was made but it is now stopped halfway, I am afraid it will never be carried forward” , said a senior citizen.
This Department is responsible for 140 libraries that falls under it, in which Jammu region has 60 libraries and Kashmir and Ladakh region has 80 libraries. Among which SPS in Srinagar and SRS in Jammu holds much importance. On one hand SPS library is much developed with six storey building, two elevators, 110 ACs, proper parking facility, and an entirely different section for senior citizens and on the other hand SRS library is struggling to retain its identity.
On asking why this library is not properly maintained someone from the department replied to this that ” No addition or alteration can be done so easily as it being a heritage building and maintenance can only be done without demolishing anything”
Library has a membership of 13742 members that come from all over the state. To become a member, a membership form needs to be filled which has to be attested by gazetted officer. Each member can issue two books at a time for a period of 14 days.
An RTI query filed by an activist Raman Singh in the year 2015 revealed “that five rare books go missing from the library every week, the books whose second edition or duplicate copies are unavailable in the market,” it also stated that, “in the past ten years more than 2,400 books have been damaged in the library and 327 rare books borrowed by the members of the library, in the same period, have not been returned,” on asking whether any of the book was recovered or any action was taken against the defaulter, the library authority informed that not more than three-four books were recovered and no action was taken against any such member.
Of the total 21 employees that are required to run the library, seven posts including classifier, librarian, junior librarian, library assistant, book binder, reading room bearer and peon are lying vacant since long.
”Old employees are getting retired but to acquire their positions it takes quite a long time to recruit somebody new. After more than eight years Sunita in the reference section was appointed, ” said chief librarian. She also added that, “due to lack of employees, it becomes very difficult to function in an effective and efficient manner”.
The library being outdated lacks connection with the digital world, as very less use of computers, internet and technology is present. None of the sections have their own separate systems in which the data can be saved rather it has only a single Automation Cell.
Built in 1879 by Raja Ranbir Singh this library has a treasure of total 68,405 books which is further divided into six sections which include 17,655 books in English section, 8400 in Hindi, 8765 in Urdu, 5117 in children section, 8000 in Reference section and 19,748 books in Raja Rammohan Roy section. Library also has access to 11 national and 12 local newspapers, moreover it has also subscribed to 6 magazines.
The library is of immense value as it has a chunk of rare books on different subjects, including legal, spiritual, religious, academic, historic, health, political, culture and art, written by local, national and international authors like George Morrow, Khushwant Singh and Jawaharlal Nehru. A treasure of Hindi, Urdu, Dogri and Kashmiri poetry books of renowned poets of Jammu and Kashmir. 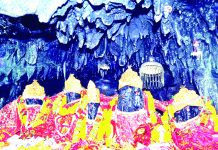