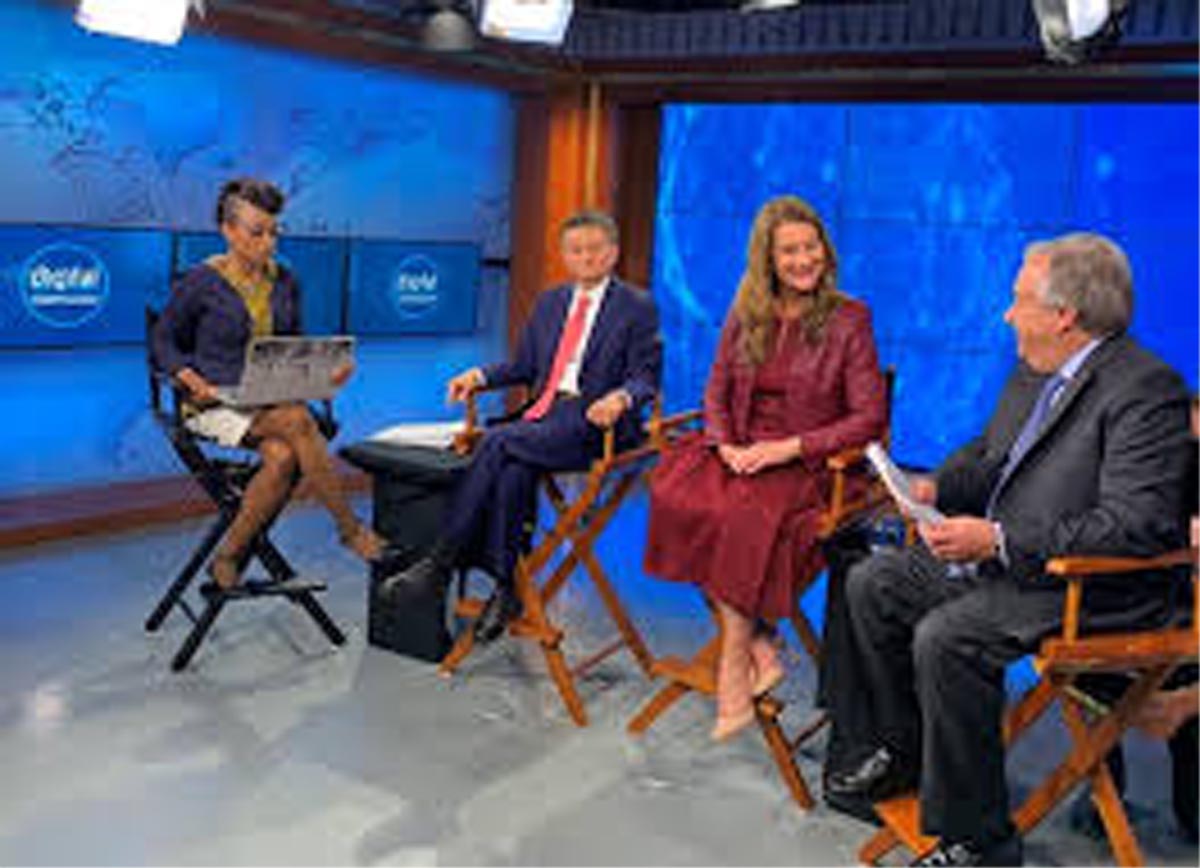 UNITED NATIONS, June 11: The digital future must be safer and more inclusive, says a new tech report, ‘the Age of Digital Interdependence’, released by the UN High Level Panel on Digital Cooperation, almost a year after the Panel was launched by Secretary-General Ant?nio Guterres.
The launch included a “declaration of digital interdependence” on the part of the study’s authors, which describes humanity as being “in the foothills” of the digital age.
It also lays out the risks faced by mankind, such as exploitative behaviour by private companies, a failure to realise human potential, and the stifling of necessary regulation.
The declaration outlines the Panel’s belief that cooperation in the digital space is paramount, as individuals, institutions, corporations and governments cannot manage digital developments alone, and that global aspirations and vulnerabilities are “deeply interconnected and interdependent”.
The report explores the ways that digital technology can help achieve the UN’s 2030 Agenda for Sustainable Development; how digital tech relates to human rights and security; and models for digital cooperation between different parts of society. Several recommendations are contained within the report, based on the three main areas including Inclusivity, trust and cooperation in the digital future
At a time when around half the world’s population still has no access to the Internet, the panel calls for every adult to have affordable access to digital networks, as well as digitally-enabled financial and health services, by 2030.
Women and marginalised groups must be supported, says the Panel, with specific policies adopted to ensure their full “digital inclusion”, and internationally recognised ways to measure inclusiveness must be established.
In order to protect human rights, the report recommends that the Secretary-General should conduct a global review of the ways in which human rights norms apply to digital technology, and calls on social media companies to cooperate fully in responding to human rights concerns.
Trust issues should be addressed with a “Global Commitment on Digital Trust and Security”, and new forms of global cooperation should be developed by the UN Secretary-General, said the Panel, based on the report recommendations.

The launch of the report was marked with a live Webchat, featuring Mr Guterres, Jack Ma, Executive Chairman of the Chinese conglomerate Alibaba Group, and Melinda Gates, co-Chair of the Bill & Melinda Gates Foundation.
For Jack Ma, digital technology is helping to make globalisation more inclusive. Giving the example of his own digital company, Alibaba, Mr Ma said that of the 10 million small businesses selling products via his online platforms, 50 per cent of the most effective “power sellers”, are women.
Mr Ma claimed that most of the fears surrounding the internet come from the more developed economies which want to “hold on to yesterday”, whilst in China, and African countries, young people are less afraid of the future.
Melinda Gates insisted that women must have a “seat at the table, as the creators of society”, pointing out that women entrepreneurs currently receive just 6 per cent of venture capital funding for digital start-ups. Regarding fears over inadequate internet governance, Ms Gates acknowledged that this is a legitimate concern, but noted that the technology sector is coming together to self-govern and collaborate. Smart regulation, however, is also necessary to solve problems.
Mr Guterres recalled that the growth of the internet began with a “na?ve optimism”, but inequalities have actually grown. He called for digital technology to be used for a “quantum leap” in global development, and for everyone to have access to the internet. Without a huge commitment and investment in digital inclusion, he said, conflicts and mistrusts will grow.
(UNI)