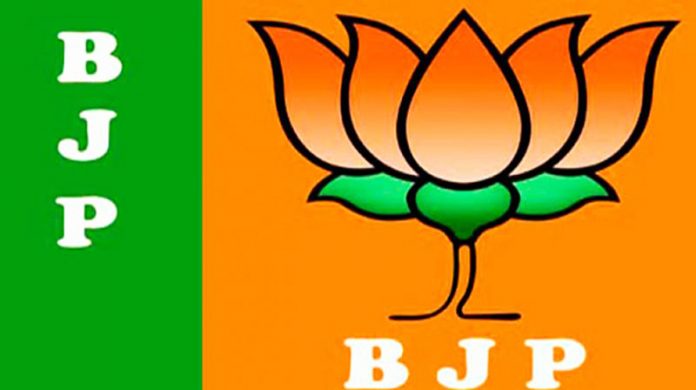 Sanjeev Pargal
JAMMU, Aug 29: The BJP Legislature Party (BJP) today decided that its high-level delegation will meet newly appointed Governor Satya Pal Malik on August 31 in Srinagar, the summer capital of the State, to urge him to give pace to developmental works across all three regions of the State even as differences surfaced in the meeting over formation of new Government in the State.
The BJP Legislature Party met at the party headquarters today in which formation of new Government in the State was discussed and legislators presented their view point on options before the party. Some of the legislators were of the view that the newly appointed Governor should be given enough time to take up developmental works and other projects in the State before initiating exercise to form new Government in the State.
However, insiders told the Excelsior, two former Ministers-Sunil Sharma and Rajiv Jasrotia, party MLAs from Kishtwar and Kathua respectively, strongly batted for formation of Government in the State by the BJP at the earliest. They opined that the BJP should first form Government in the State and then hold Panchayat and Municipal elections. Their viewpoint was echoed by some more party legislators, who were of the view that a message would go that the BJP despite winning 25 seats was unable to form or run the Government.
“Majority view in the Legislature Party emerged that the BJP should show no hurry in forming new Government in the State. A message shouldn’t go that the BJP is power hungry and wants to form the Government at any cost with any political party,” insiders said.
Finally, the BJP Legislature Party, whose meeting was chaired by State unit president, Ravinder Raina, decided to completely leave the decision of Government formation to the Central Government and the BJP high command including Prime Minister Narendra Modi, party national president Amit Shah and general secretary, Ram Madhav, the BJP’s pointman on Jammu and Kashmir.
They observed that any decision taken by the Central Government and the party high command on the Government formation will be acceptable to the State unit. The Legislature Party decided that it will act as facilitator in the Government formation as and when asked for by the high command.
The BJP high command had directed the State unit to withdraw support to Mehbooba Mufti-led Government on June 19 alleging discrimination with Jammu and Ladakh regions. Since then, the State has been under Governor’s rule in the State and speculations were rife that the BJP could form next Government in the State after sometime.
Some of the BJP legislators including former Minister Choudhary Lal Singh were conspicuous by their absence in the party meeting. MLA RS Pura Gagan Bhagat, has, however, not been invited to the meeting in view of his suspension over domestic dispute. But party insiders described absence of few legislators as “routine matter” saying they couldn’t make it to Jammu in time as the meeting was called at the short notice.
Some of the BJP legislators voiced concern over what they called “anti-MLAs” decision taken by former Governor NN Vohra and urged the State BJP leadership to meet the new Governor to get decisions rescinded. However, late in the evening, the new Governor revoked decisions of Vohra on CDF as well as inaugurations by the MLAs.
However, BJP State unit president Ravinder Raina told the Excelsior that a high-level BJP delegation will be meeting newly appointed Governor Satya Pal Malik on August 31 and urge him to expedite developmental works across all three regions of the State including Centrally Sponsored Schemes and projects under the Prime Minister’s Development Plan (PMDP).
Expressing dissatisfaction with working of Vohra, Raina said the former Governor was briefed on initiation of number of developmental projects but he took only few. “Now we hope the new Governor would pay adequate attention to all-round development of all three regions of the State,” he added.
The BJP Legislature Party discussed the strategy for upcoming Municipal and Panchayat elections in the State, which were scheduled to be held between September to December as per the tentative schedule finalized by the State Government.
The BJP Legislature Party called upon the party MLAs and MLCs to gear up well in advance and start preparation for the elections to capture maximum Municipalities and Panchayats. The Government proposed to hold Municipal elections on party-basis and Panchayat polls on non-party basis.
BJP Legislature Party leader Kavinder Gupta, party organizing secretary, Ashok Koul, other office bearers and legislators attended the meeting.