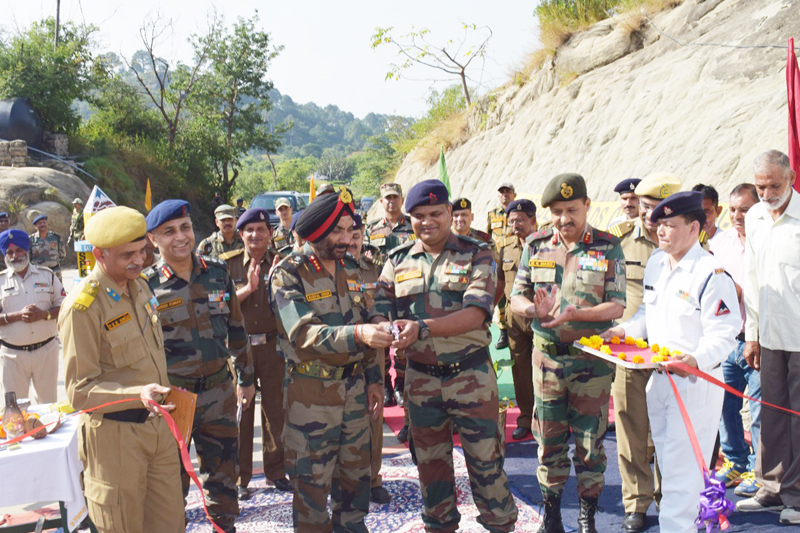 JAMMU, Sept 27: Lt Gen Harpal Singh, Director General Border Roads, visited Project Sampark and inspected the Parole-Korepanu-Rajpura, Reasi-Arnas-Mahore, Reasi-Pouni-Siar-Rajouri, Budhal-Mahore-Gul roads in forward area.
He also inspected bridges at Ujh and Bein in Kathua sector and other roads in Project Sampark. He dedicated the Road Pt 703-Bijli in Sunderbani Sector to Army.
The DGBR met the Army Commander Northern Comm-and, local formation Comma-nders at Nagrota, Rajouri, Reasi, Jammu and Pathankot and stressed upon the need for close co-ordination between BRO and Army.
He also met the Divisional Commissioner Jammu, Sanjeev Verma and apprised him about the works being done on important roads in Project Sampark area. He discussed impediments and hurdles in progress of work and sought his assistance in overcoming them.
During the visit, DGBR emphasized the judicious use of resources and timely completion of works while maintaining the quality as per the laid down norms and standards. He conveyed that there was an urgent need to upgrade and adopt better technologies and materials in the work undertaken by the BRO so as to keep pace with the modernization and to save time and speed up the progress.

PEECC to protest on Feb 3 against non-holding of DPCs, privatization

Ex-MP among 3 in fray for LBA election

More than 15000 COVID vaccine inoculations made in J&K: Dulloo