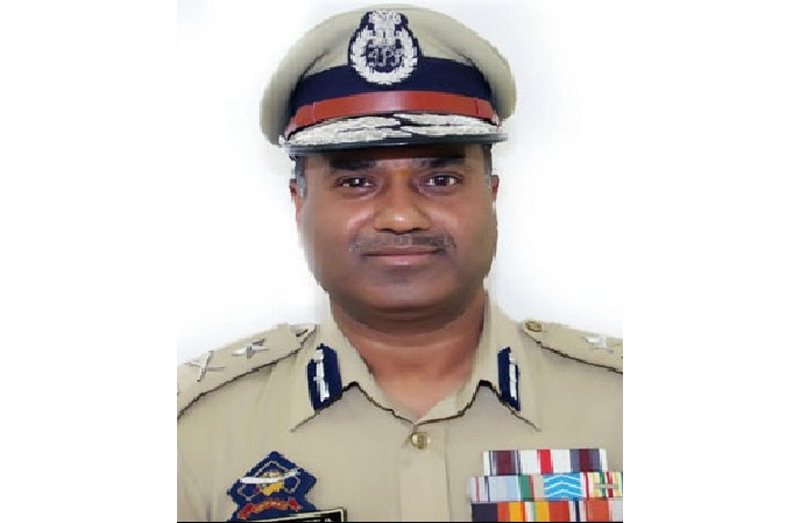 JAMMU, Oct 3: Director General of Police (DGP) Prisons Department Hemant Lohia, an IPS officer of 1992 batch of erstwhile Jammu and Kashmir cadre, presently AGMUT, was found murdered in a house at Udheywalla on the outskirts of City, tonight.
The murder was shrouded in a mystery as most of the police officials declined to elaborate saying investigations are at a preliminary stage.
However, Additional Director General of Police (ADGP) Jammu Zone, Mukesh Singh confirmed that it was a murder case saying dead body of Hemant Lohia, DG Prisons was found under suspicious circumstances.
“First examination of the scene of crime reveals that this is a suspected murder case,” Singh said.
He add-ed that domestic help with the officer is absconding and a search for him has been launched.
This means that domestic help might have committed the murder of Lohia, the sources said.
The ADGP Jammu Zone said Forensic and crime teams are on spot and investigation process has begun.
“Jammu and Kashmir Police family expressed deep sorrow and grief over the death of their senior officer,” Mukesh Singh said.
Unconfirmed reports said body of Hemant Lohia had burn injuries and his throat had also been slit.
He was reportedly at the residence of his family friend from Rajouri, Sanjeev Khajuria, who runs an NGO where the murder took place.
Lohia remained on Central deputation for quite a long period but returned to Jammu and Kashmir this year in February in the rank of Additional Director General of Police and was posted as Commandant General in Home Guards/Civil Defence/ State Disaster Response Force (SDRF).
He was later promoted as Director General of Police and was posted as DG Prisons in August.
He was 1992 batch IPS officer.