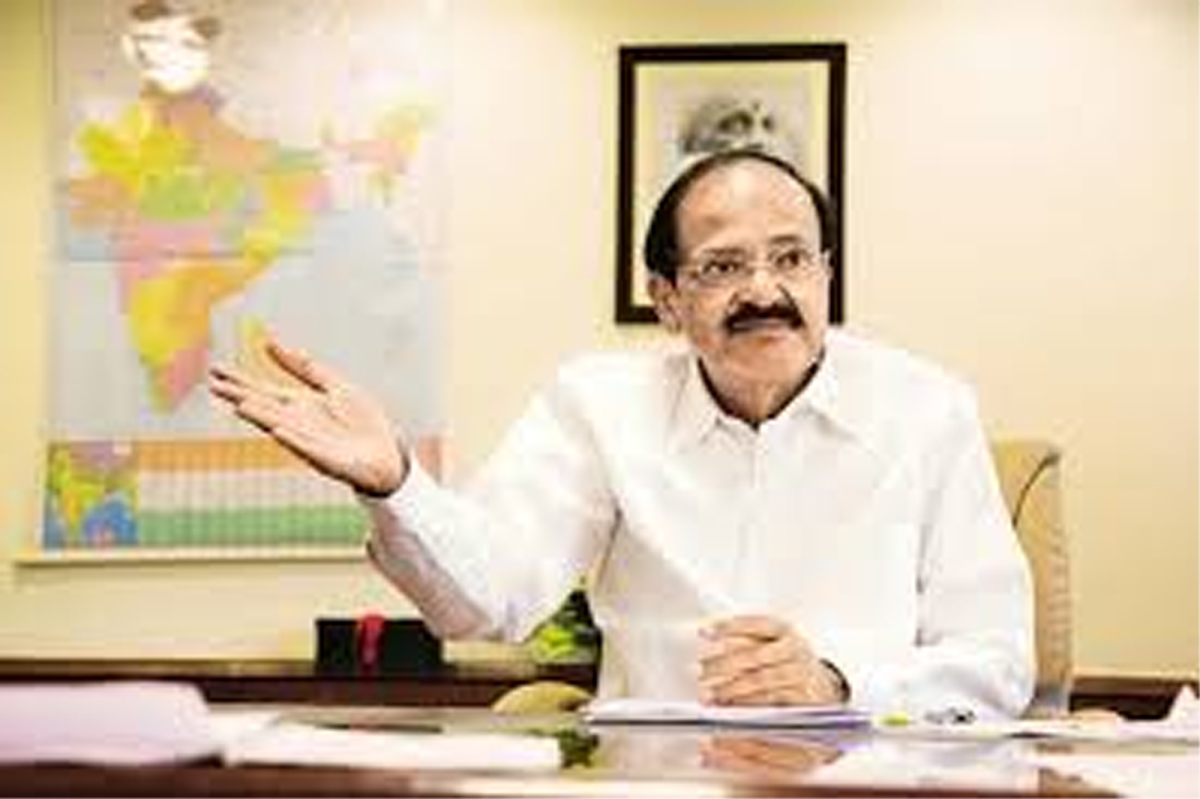 MUMBAI, July 27:Vice President M Venkaiah Naidu
on Saturday said devolution of powers and functions to local
bodies was “less than satisfactory” even 26 years after local
bodies were empowered Constitutionally.

Speaking on the sidelines of a function here, the
Rajya Sabha vice chairman said he had always stressed the need
for devoluting of three “Fs”—adequate funds, functions and
functionaries—to empower Panchayati Raj bodies.

The 73rd Constitutional Amendment Act was passed by
the Parliament in April, 1993. The amendment provided a
Constitutional status to the Panchayati Raj institutions in
India through insertion of article 243 to Part IX of
Constitution.

“Even though it has been more than 26 years since
local bodies have been constitutionally empowered, the
devolution of powers and functions seems to be less than
satisfactory,” Naidu said.

He said all the states should review the progress they
have made with regard to devolution of powers and see that all
the 29 subjects are transferred to the local bodies
immediately. “Any further delay would be tantamount to
violating the Constitutional mandate,” Naidu said.

Naidu also stressed the need to make it mandatory to
hold elections to the local bodies every five years without
giving any scope to state governments to postpone them.

“Election Commissions in states have the
responsibility to ensure that trust in the political system
and important institutions of governance is not eroded. They
have to ensure purity of elections is never compromised.
Similarly, state governments are duty-bound to provide all the
resources as per the assessment of SECs in order to help them
conduct elections in a free, fair and transparent manner,” he
added.

Naidu noted that Maharashtra has a very long tradition
of social and political reforms.

“Immediately after the formation of new state of
Maharashtra, in 1961, the then government constituted the V P
Naik committee to study the local self-government apparatus
for a more decentralised governance process in the state,” the
vice president said, adding that the move set an an example
for other states.

“One of the striking features of the local government
in Maharashtra is the 50 per cent reservation available for
women in local bodies,” Naidu added.

On the occasion, he also lauded the State Election
Commission for instituting “Democracy Awards” to recognise the
exemplary work carried out by various people and institutions.

“Participation of people is not limited to contesting
elections and taking part in voting every five years. It is
also equally important to recognise the efforts put in by
various agencies, including the security personnel and civil
society organisations,” Naidu said.

He also stressed the need to devolve as many functions
as possible to the rural and urban local bodies.

“The state governments should undertake electoral
reforms, including amending the state laws concerning local
self-government bodies, in conformity with the Constitution,”
the vice president added.

Meanwhile, Chief Minister Devendra Fadnavis has said
that a decision on State Election Commissioner J S Saharia’s
demand for a state act on the lines of the Representation of
People’s Act will be taken soon and an ordinance promulgated.

Fadnavis said due to multiple elections and imposition
of poll code, the process of development and administration
gets hampered.

“If there is a code of conduct in force for 250 out of
365 days in a year, the process of development and
administration gets hampered. There is a committee to suggest
if all local bodies elections can be held together,” he added.
(PTI)