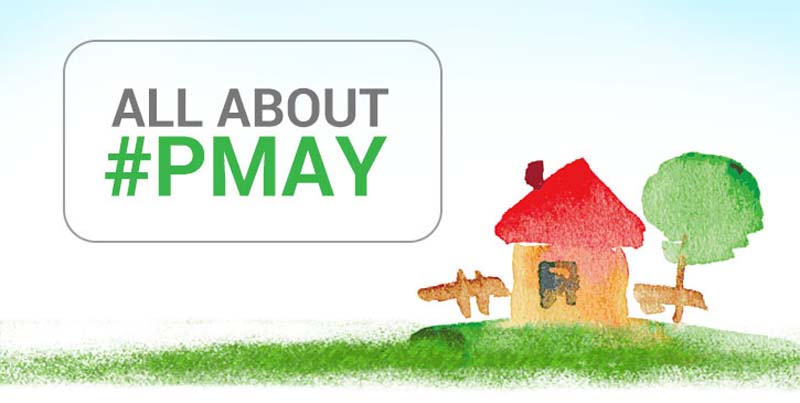 Suhail Bhat
SRINAGAR, Sept 24: The Technical experts engaged under Pradhan Mantri Awas Yojana are passing through trying times as Department of Housing and Urban Development are withholding their salaries for last one year despite funds being released by the Union Ministry.
As per the officials, the Union Ministry of Housing and Urban Affairs released around Rs 3.84 cr vide sanction number N-11011/575/2017-HFA on 26-9-2019 as reimbursement of Central Assistance to Government of Jammu and Kashmir in favour of State-Level Technical Cell (SLTC) and City-Level Technical Cell (CLTC) established under PMAY (U) for the year 2017-18 and 2018-2019.
The order, a copy of which is available with Excelsior, stated the reimbursement of Central Assistance towards the SLTC with 3 specialists and 22 CLTCs with 59 specialists established for the financial year 2017-2018 and 2018-2019 should be paid by adjusting funds released earlier against them for the financial year 2017-2018 under PMAY (U) mission.
An official said, Department of Housing and Urban Development, asked the nodal agency, Jammu and Kashmir Housing Board, to give the attendance, performance, and other required formalities of these experts. After submitting the relevant documents by respective DGMS/ HODS and endorsed by the nodal agency approval was given by the department vide order no. 61-JK HUD of 2020 on 26-5-2020.
“Sanction is hereby accorded to the withdrawal of funds amounting Rs 162.26453 lakhs from the official bank account of Mission Directorate, Housing For All Scheme, and crediting the same in the respective bank accounts of experts engaged in CLTCs under HFA (U) Mission through PFMS as an honorarium from (11 months) May 2019 to March 2020,” the order stated.
To extend the benefits of the Central Government’s flagship program, Pradhan Mantri Awas Yojana (PMAY) to Jammu and Kashmir around 70- city-level technical experts were engaged here for implementing ambitious ‘Housing for all Scheme’ in Jammu and Kashmir. The experts include project engineers, Town planners, GIS specialists, training coordinators, and others. Nearly 14 experts were engaged shortly after the scheme was introduced in 2015 and 54 more were engaged in 2017.
The experts informed that recently a meeting chaired by the Principal Secretary along with other officers of Line Departments where these experts work was held wherein they were assured that the department would release the honorarium by the end of July 2020, but that did not happen.
“Again the experts were asked to send the weekly progress which we submitted through the DGMS as per desired formats but that did not yield any results,” an expert said, adding since the pandemic departments were asked to release the salaries of their employees by Union Finance and Home Ministries, but their circulars didn’t yield any result.
The experts lamented that their pockets have run dry as their savings exhausted in 12 months. They said while the Governments around the world are assuring timely release of salaries to its employees in wake of this pandemic, our Government is acting otherwise. “Besides the job, we have to manage our families, our old age parents, amid pandemic. As our job is field-oriented and most of us are posted away from our home districts, we have to bear the expenditure of fare and document,” he said.
The experts said that the Government is withholding their salaries when they direly need help. This attitude of the Government, they said, is taking a toll on their families. “We are all trained professionals and have left lucrative jobs to serve our land but Government behavior has let us down. These degrees are useless if they cannot help us feed our families,” an expert said, adding they are having a tough time because of the callous attitude of the State-level technical experts.
Prime Minister Narendra Modi launched the housing scheme with an aim to construct about 2 cr houses in the country within 7 years. People belonging to lower-income groups were the prime targets of the scheme.
Housing for All’ is being implemented in all 78 Towns and the two capital cities of Srinagar and Jammu in two phases. 52000 beneficiaries have been identified under PMAY-HFA (U) out of which 32000 are being implemented and rest are waiting for the approval of state-level sanctioning and monitoring committee which has not been held in six months.
An official working with the nodal agency said that the salary has been withheld by the office of the Principal Secretary for some unknown reasons. “The salary has been withheld by the office of Principal Secretary and we are not aware of the reasons behind it,” he said.
Director Planning Housing and Urban Development, Ishfaq Pakchwal, told Excelsior that they are reviewing some of the cases and would release salaries once the process is complete. “We are reviewing the performance of some of these experts and once the report is ready, the salaries will be released accordingly. We are not holding their salaries deliberately,” he said.