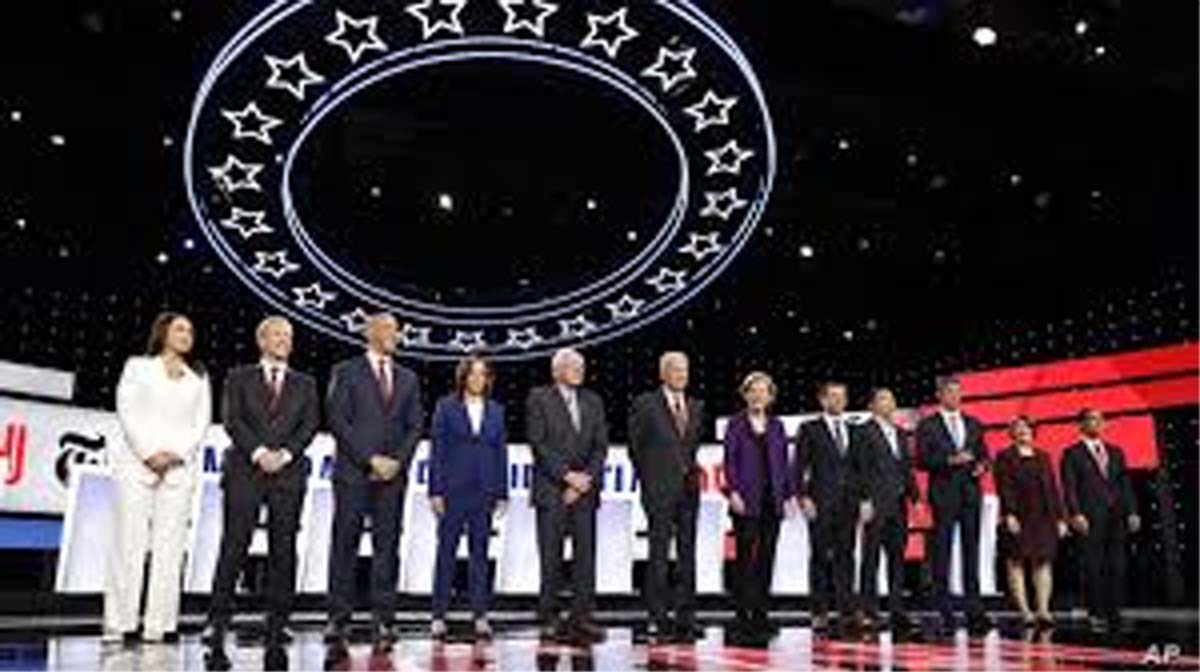 WASHINGTON, Oct 16:Top Democratic presidential aspirants on Tuesday overwhelmingly supported the move of their party colleagues in the House of Representatives to impeach President Donald Trump, saying he has broken the law and there is strong evidence.

They launched fierce broadsides against Trump over the Ukrainian scandal at the heart of the impeachment inquiry.

Indian American Senator Kamala Harris, a former prosecutor and California Attorney General, said the evidence against Trump is so strong that it would not take enough time to complete impeachment proceedings against him.

“I don’t really think this impeachment process is going to take very long because as a former prosecutor I know a confession when I see it and he did it in plain sight.

“He has given us the evidence and he tried to cover it up putting it up in that special server and there’s been a clear consciousness of guilt, Harris, a fierce critic of the president said at a Democratic presidential debate.

This will not take very long. Trump needs to be held accountable. He is, indeed, the “most corrupt and unpatriotic president we have ever had she said in response to a question at the presidential debate hosted by CNN in Ohio.

Former Vice President Joe Biden said the Congress has “no choice” but to begin an impeachment proceeding, which gives them more power to seek more information.

“This president is the most corrupt president in modern history, and I think all of our history,” he alleged.

“The fact is that this president of the United States has gone so far as to say, since this latest event, that in fact he will not cooperate in any way at all, will not list any witnesses, will not provide any information, will not do anything to cooperate with the impeachment. They have no choice but to move (with impeachment),” Biden said.

Senator Bernie Sanders alleged that Trump is enriching himself while using the Oval Office to do that and that is outrageous.

“I think in terms of the recent Ukrainian incident the idea that we have is a President of the United States who is prepared to hold back national security money to one of our allies in order to get dirt on a presidential candidate is beyond comprehension,” he said.

“You know we took a constitutional oath and that is no one is above the law and that includes the President of the United States. Impeachment is the way that we establish that this man will not be permitted to break the law over and over without consequences,” she said.

Congresswoman Tulsi Gabbard, the first ever Hindu to run for presidency, said that if impeachment is driven by the hyper-partisan interests, it will only further divide an already terribly divided country.

Unfortunately, this is what we’ve already seen play out as calls for impeachment really began shortly after Trump won his election. And as unhappy as that may make us as Democrats, he won that election in 2016, she said.

The serious issues that have been raised around this phone call that he had with the president of the Ukraine and many other things that transpired around that are what caused me to support the inquiry in the House.

“And then I think that it should continue to play its course out, together all the information, provide that to the American people, recognising that that is the only way forward, Gabbard said.

If the House votes to impeach, the Senate does not vote to remove Trump, he walks out and he feels exonerated, further deepening the divides in this country that it cannot afford, she said expressing her views against an impeachment. (PTI)