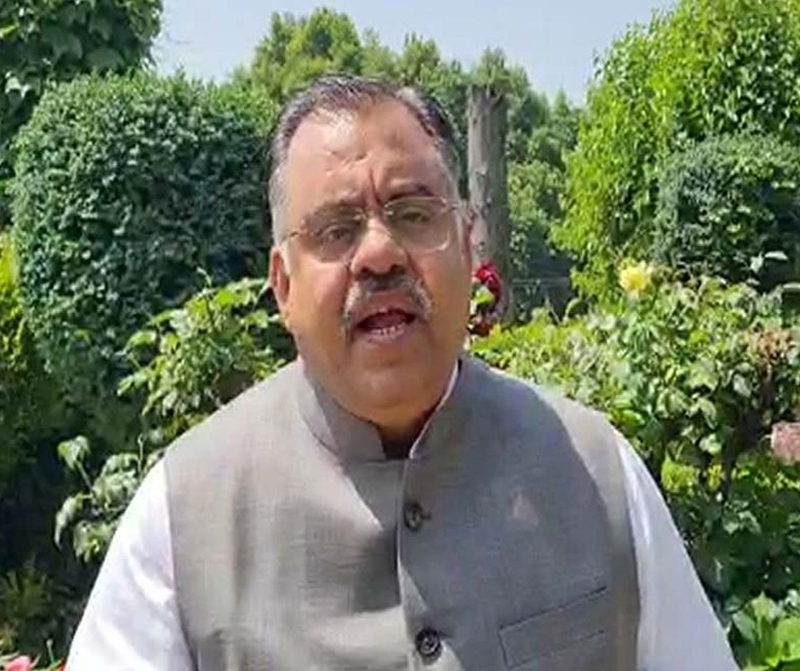 JAMMU, May 11: BJP national general secretary, Tarun Chugh has said, though the democracy and democratic institutions are strong in India yet Mehbooba Mufti (former CM of J&K) dreams Pakistan, China and Sri Lanka.
Click here to watch video
In a video message Chugh said that Mehbooba should stop spitting venom through her horrific dreams and should go with the progress of the country as, at present, neither the people of J&K nor the country is ready to listen to what she says.
“She is defaming the country only to gain cheap publicity,” he said.
Reacting sharply to the pleading guilty of separatist leader, Yasin Malik under stringent Unlawful Activities Prevention Act (UAPA), the BJP leader said, the three families (of Abdullahs, Muftis and Nehru-Gandhi) have committed heinous crimes by making brothers fight, by provoking bloodshed in the region and by putting hindrances in the progress of J&K.
“These three families should tender an apology before the people of the country for shedding blood of innocent people on the pious land of Kashmir,” he maintained adding: “People of the country should know that these three families have looted J&K and groomed demons like Yasin Malik to kill innocent people of Kashmir so that they (three families) could play politics over the massacres in Kashmir. Now these families should also confess their crimes.”
Chugh further said that India is a democratic country where Dr. B.R Ambedkar, in Indian Constitution, has given right of equality to all but selective love of these three families for Malik is against the ideals of Dr. Ambedkar.
“The country now has a Government led by PM Narendra Modi which is working on the principle of Sabka Saath, Sabka Vikas, Sabka Vishwaas,” he said.
“Be it COVID relief measures or any other scheme of Union government, none asks religion, caste and faith while extending benefits of schemes in India,” the BJP leader further said.
Counting works of PM Modi led government he said: “From the year 2014 to till date 12 crore households got cooking gas, 11 crore got toilets, 40 crore bank accounts were open for poor people, 50 crore people were covered under medical insurance, 35 crore Indians were brought under e-shram and the list is very long.”

SKUAST-J Convocation from June 26 to 28; 1305 passouts to be awarded degrees