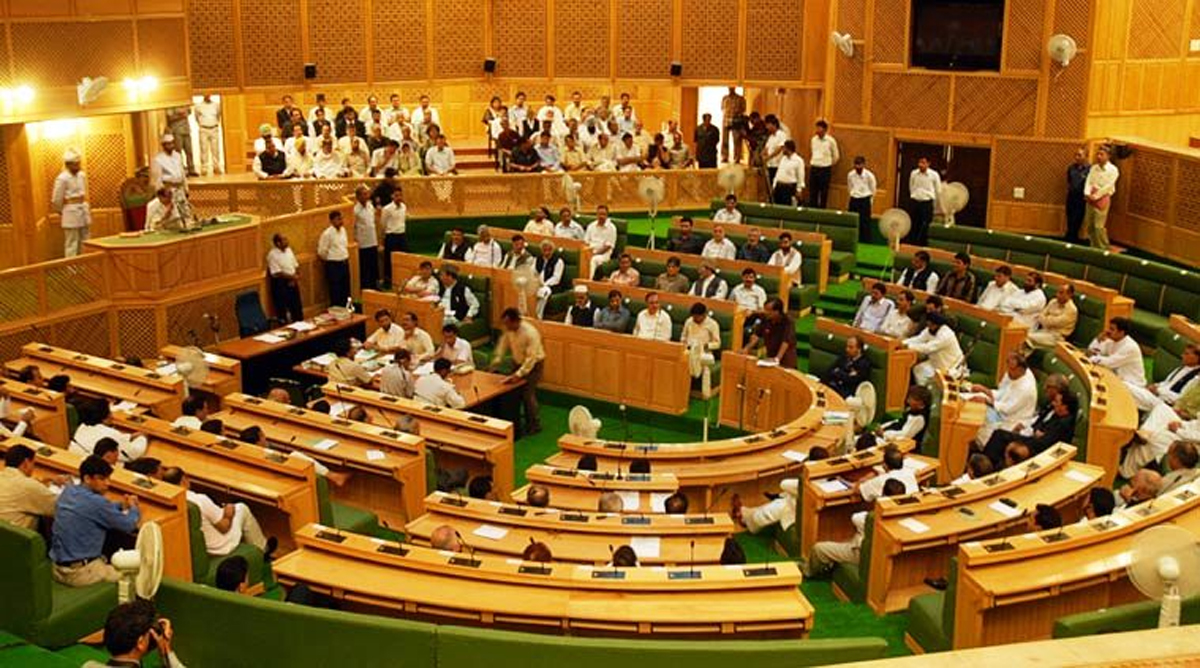 JAMMU, Dec 12: In a major step forward in delimitation of 90 Assembly constituencies in Jammu and Kashmir, the Delimitation Commission is reportedly ready with first paper on allocation and resizing of the constituencies including reserved seats which it might share with the Associate Members in its meeting in New Delhi on December 20.
In another development, two National Conference MPs, both of whom are Associate Members of the Delimitation Commission, shot off a letter to the Panel today seeking agenda of the meeting saying they have received invitation minus agenda.
Highly placed sources told the Excelsior that the Delimitation Commission headed by Justice (Retired) Ranjana Prakash Desai and comprising Chief Election Commissioner Sushil Chandra and State Election Commissioner KK Sharma is reportedly ready with first paper on allocation and resizing of 90 Assembly constituencies of the first Assembly of Jammu and Kashmir as a Union Territory.
“The Commission is also close to identification of seats reserved for Scheduled Castes (SCs) and Scheduled Tribes (STs) and if ready by December 20 might share with the Associate Members,” the sources said.
The Commission could also discuss proposed reservation in the Legislative Assembly for Kashmiri Pandits and seek suggestions in the manner in which it can be done.
Union Minister of State in the Prime Minister’s Office (PMO) Dr Jitendra Singh, who is also one of the Associate Members of the Commission said the Panel works under laid down parameters for delimitation of Assembly constituencies of States/UTs.
He was reacting to letter written by the NC to the Panel seeking agenda of the meeting.
“BJP will attend the meeting and cooperate with the Commission which is a Constitutional body and is working as per the laid down norms,” Dr Jitendra Singh said.
Two NC MPs–Justice (Retired) Hasnain Masoodi and Mohammad Akbar Lone today shot off a letter to the Commission seeking agenda for the December 20 meeting before the party MPs could take a decision over their participation in it.
Besides Masoodi and Lone, NC president Dr Farooq Abdullah is also an Associate Member of the Commission while BJP has two Associate Members including Dr Jitendra Singh and Jugal Kishore Sharma.
Masoodi told the Excelsior on telephone from Srinagar that the party has sent a written communication to the Commission, asking it to provide the relevant material so that the party MPs could decide whether to participate in the meeting or not.
“We have sent a letter to the Delimitation Commission and we have asked them to make us aware of the agenda items and all the material concerning that (the agenda items),” Masoodi said.
Sources said Dr Farooq Abdullah couldn’t sign the letter as he is in Jammu.
Masoodi said the party wants to go through the agenda first before taking the decision over its participation in the meeting.
“We want to go through the material that is provided to us so that we can look into it and then take our decision,” he asserted.
The NC MP said the two MPs have also reminded the Commission that there has been no response so far from the Commission to the party’s letter written on February 17, a day before first meeting of the Associate Members, this year, which the party had boycotted.
The February 17 letter by the NC had stated that the exercise was an outcome of Jammu and Kashmir Reorganization Act-2019, which the party had challenged in the Supreme Court.
The letter had called upon the Commission to halt the delimitation proceedings as the exercise was being conducted in accordance with the provisions of an Act which is under judicial scrutiny.
Masoodi said once the party MPs get a response from the Commission, they will study it and then take a decision.
“We have just been asked to come for the meeting on December 20. What is the meeting all about? What we have to do there? We have no idea. Nothing has been told to us. That is why we have written the letter,” he said.
As reported, this will be second meeting of the Delimitation Commission with five Associate Members. The first meeting on February 18 this year was boycotted by three NC members but attended by two BJP MPs.
The Commission had visited Jammu and Kashmir for four days from July 6-9 and met various political parties, other organizations and all 20 Deputy Commissioners of the Union Territory who happened to be the District Electoral Officers.
The Commission has deadline of March 6, 2022 to complete its task.