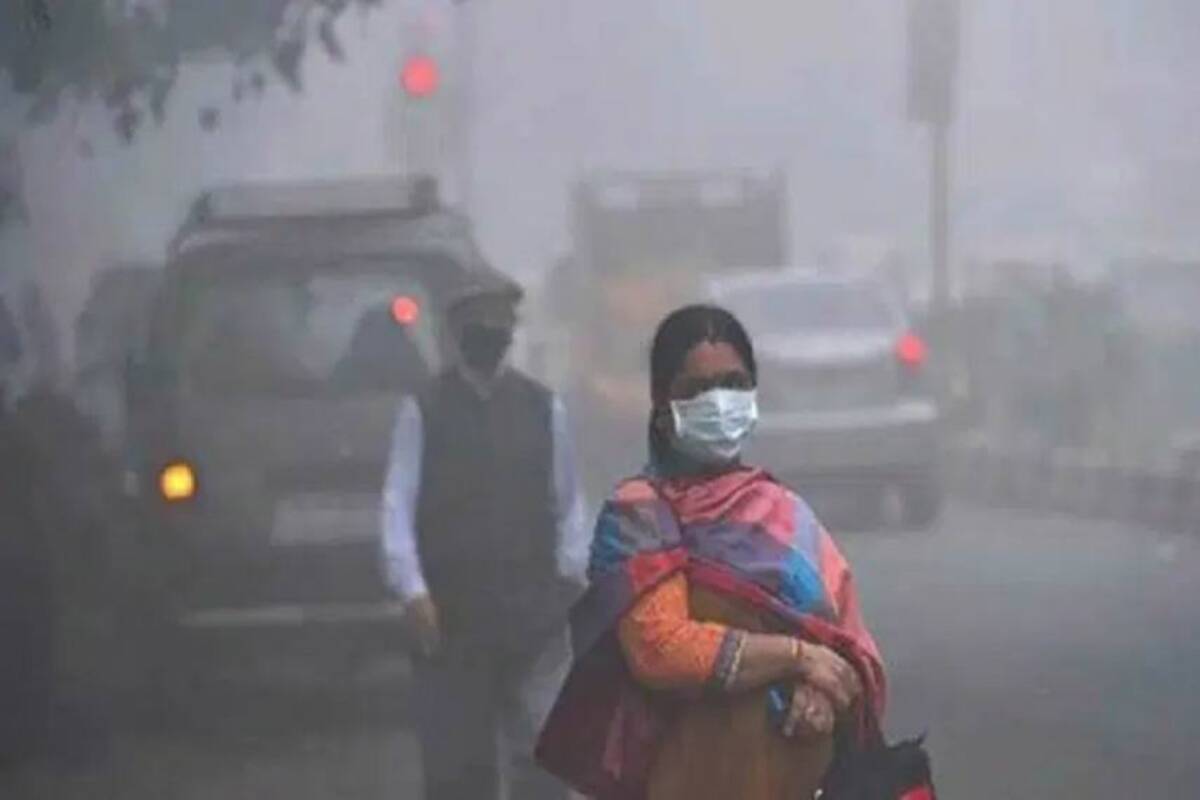 NEW DELHI : The national capital’s air quality was recorded in the “very poor” category on Friday morning, while government agencies said it is likely to improve slightly in the next 24 hours.
On Thursday, the city’s air quality had dropped to the worst levels since November last year, with farm fires accounting for 42 per cent of its pollution, the maximum this season so far.
Experts said unfavourable meteorological conditions – calm winds and low temperatures – and smoke from farm fires in neighbouring states pushed the air quality index to the “severe” zone on Thursday, the first time since January.
However, higher wind speed picked up later, helping in dispersion of pollutants.
Delhi’s air quality index (AQI) stood at 397 at 10 am. On Thursday, the 24-hour average AQI was 450, the highest since November 15 last year, when it was 458.
The neighbouring cities of Faridabad, Ghaziabad, Greater Noida, Gurugram and Noida also recorded “very poor” to “severe” air quality.
An AQI between zero and 50 is considered “good”, 51 and 100 “satisfactory”, 101 and 200 “moderate”, 201 and 300 “poor”, 301 and 400 “very poor”, and 401 and 500 “severe”.
PM10 levels in Delhi-NCR stood at 415 microgram per cubic meter (µg/m3) at 10 am, down from 563 at 10 am on Thursday — the highest since November 15 last year, when it was 637 µg/m3, according to CPCB data. PM10 levels below 100 µg/m3 are considered safe in India.
PM10 is particulate matter with a diameter of 10 micrometers and is inhalable into the lungs. These particles include dust, pollen and mold spores.
The levels of PM2.5 – finer particles which can even enter the bloodstream – were reduced to 229 µg/m3 at 10 am from 360 µg/m3 at 12 noon on Thursday. PM2.5 levels up to 60 µg/m3 are considered safe.
According to the India Meteorological Department (IMD), the maximum wind speed was 12 kilometres per hour on Friday and the minimum temperature 11.2 degrees Celsius. Calm winds and low temperatures trap pollutants close to the ground, while favourable wind speed helps in their dispersion.
V K Soni, the head of IMD’s environment monitoring research centre, the air quality is likely to improve slightly, but will remain in the “very poor” category for the next two days.
The Air Quality Early Warning System for Delhi said the farm fire count in Punjab remained “very high” on Thursday and it is likely to impact the air quality of Delhi-NCR and other parts of northwest India.
The Ministry of Earth Sciences’ air quality monitor, SAFAR, said the farm fire count in Punjab, Haryana, Uttar Pradesh, Uttarakhand, and neighboring areas increased significantly and stood at 4,135 on Wednesday, the highest this season so far.
SAFAR said the boundary layer wind direction is northwesterly – favourable for the transport of pollutants from farm fires.
“The share of stubble burning in Delhi’s PM2.5 pollution was estimated at 42 per cent for Thursday,” it said.
Stubble burning accounted for 5 per cent of Delhi’s pollution on Wednesday, 10 per cent on Tuesday, 16 on Monday and 40 on Sunday.
Last year, the stubble contribution to Delhi’s pollution had peaked to 44 per cent on November 1, according to SAFAR data.
Health experts said that during the COVID-19 pandemic, air pollution has become a serious health concern for about the two crore residents of the national capital.
According to a doctor at Sir Ganga Ram Hospital, intake of every 22 micrograms per cubic metre of polluted air is equivalent to smoking a cigarette.
Ajit Jain, the nodal officer for COVID-19 at Rajiv Gandhi Super Specialty Hospital, said air pollution was turning the pandemic catastrophic.
With Delhi witnessing a spike in the number of new COVID-19 cases amid worsening pollution levels, the Delhi government on Thursday announced a blanket ban on firecrackers from November 7 to November 30.
The CPCB taskforce on the Graded Response Action Plan has also suggested government and private offices and other establishments to reduce vehicle usage by at least 30 per cent to control pollution.
Implementing agencies have been asked to step up their efforts, be more vigilant, and ensure quick action, including on redressal of complaints on SAMEER application and other social media platforms to curb polluting activities. (AGENCIES)