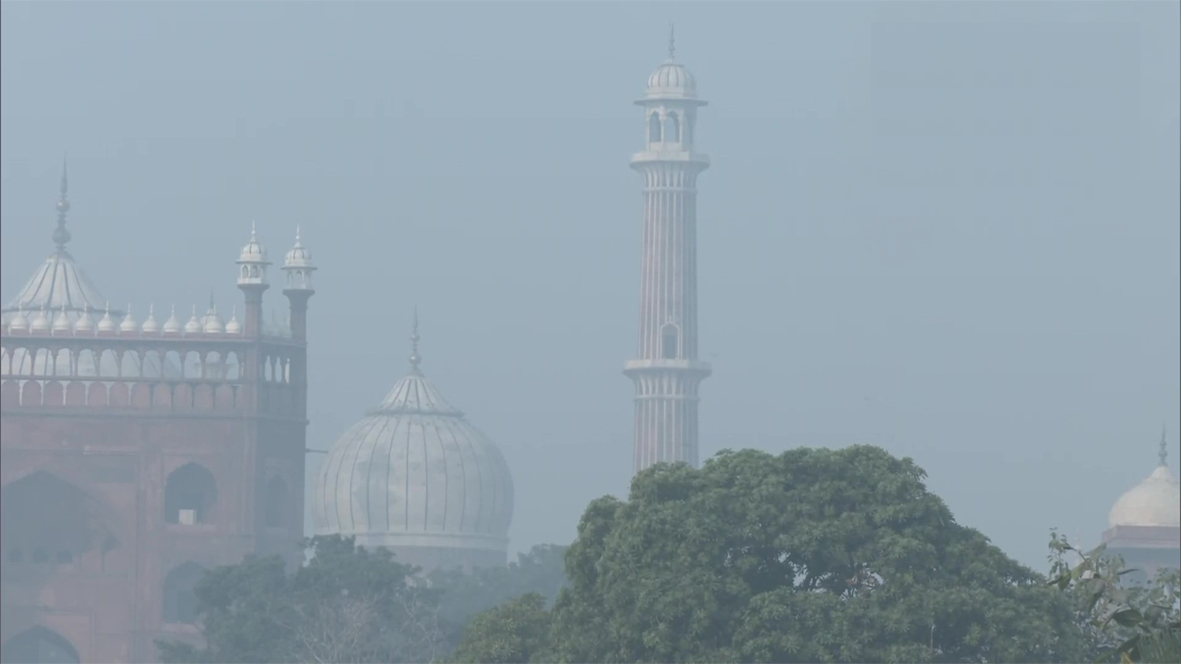 New Delhi, Nov 15:  Delhi’s air quality remained in the ‘very poor’ category for the second consecutive day on Monday, with the AQI being recorded at 342.
The air quality index of Ghaziabad, Greater Noida, Gurgaon and Noida stood at 328, 340, 326 and 328 respectively at 9.05 am.
A visible improvement in Delhi’s air quality was recorded on Sunday although it was in the ‘very poor’ category.
The national capital recorded a 24-hour average air quality index (AQI) of 330 on Sunday as against 473 the previous day as emissions from farm fires in Haryana and Punjab dropped significantly.
An AQI between zero and 50 is considered ‘good’, 51 and 100 ‘satisfactory’, 101 and 200 ‘moderate’, 201 and 300 ‘poor’, 301 and 400 ‘very poor’, and 401 and 500 ‘severe’.
Delhi Environment Minister Gopal Rai on Sunday had said that his department issued a notification for effective implementation of the emergency measures announced by the city government to tackle air pollution.
He also said that the AAP government will submit a proposal on clamping a lockdown in view of the rising air pollution in the national capital and its modalities to the Supreme Court on Monday.
The minimum temperature was recorded at 10.3 degrees Celsius, three notches below the season’s average, on Monday morning.
The relative humidity stood at 90 per cent at 8.30 am. (Agencies)