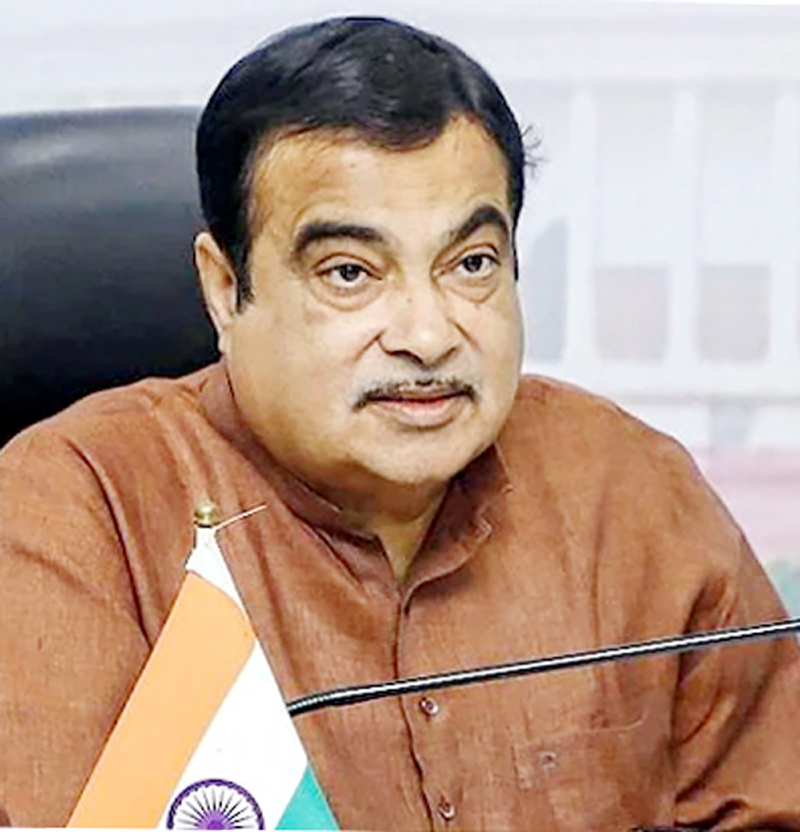 Excelsior Correspondent
JAMMU, Sept 16: Union Minister for Road, Transport and Highways Nitin Gadkari said today that the Delhi-Amritsar-Katra Expressway will be completed in two years.
“Delhi-Katra Expressway is being constructed at a cost of Rs 47,000 crore. The Expressway will reduce commute time to six hours and shorten the distance to 572 km from 747 km. I assure the project will be completed in two years,” Gadkari said while addressing the media persons at village Sohana in Haryana after taking stock of the ongoing construction work of the Delhi-Mumbai Expressway.
Gadkari visited Sohna, as part of his two-day inspection programme of the 1,380 km long Expressway, covering the States of Delhi, Haryana, Rajasthan, Madhya Pradesh and Gujarat, which is being constructed at a cost of Rs 98,000 crore.
During the visit, he was accompanied by Union Minister of Corporate Affairs Rao Inderjit Singh and Haryana Chief Minister Manohar Lal Khattar.
It will be an important road for pilgrimage visiting Mata Vaishno Devi Shrine, Katra (Jammu and Kashmir), Gadkari said.
National Highways Authority of India, MoRT&H, Government of India had floated the e-tenders for the prestigious Delhi-Ludhiana-Amritsar-Katra Expressway stretch from Balsua in District Pathankot, Punjab to Satwari up to 4th Tawi Bridge in the Jammu City in May this year.
The total length of this stretch is 97 kilometers and estimated cost is Rs 5495 crore. The construction period has been kept as two years and is targeted to be completed by 2024.
The Expressway will reduce the distance between Delhi to Amritsar/Katra by about 40 km and enable the commuters to travel from Delhi to Amritsar within 4 to 4½ hours and Delhi to Katra within 6 to 6½ hours.
It will not only provide shortest connectivity to religious cities of Amritsar and Katra but also shortest connectivity to industrial and economic hubs of Ambala in Haryana, UT of Chandigarh, Mohali, Sangrur, Patiala, Ludhiana, Jalandhar, Kapurthala, in Punjab and Kathua, Samba and Jammu in J&K.
The Delhi Katra Expressway will be complete access controlled Expressway with pay as peruse closed tolling concept and an environmental friendly expressway with planned tree cover of about 10 lakh trees to improve carbon footprints. Entry and exit from the Expressway planned at designated interchanges on all NHs and major State Highways intersecting the expressway. For comfort of the road user, 40 Way Side Amenities including 7 in J&K will be constructed.
On Delhi-Mumbai expressway, Gadkari said: “Delhi-Mumbai expressway will be the world’s largest expressway. It is a matter of pride for our country.”
It will be the longest expressway in the history of the country, he added.
The Expressway will bring economic prosperity and development to the states of Haryana, Rajasthan, Madhya Pradesh, Gujarat and Maharashtra, Gadkari stated.
In Haryana, 160 km of the total Expressway passes through the state and the section is being built at a cost of more than Rs 10,400 crore with contracts for 130 km already awarded, he informed.
Gadkari further said, “A six-lane DND from Faridabad-Ballabgarh connecting to the Delhi-Mumbai expressway will be constructed at the cost of Rs 5,000 crore.
With this, 60 km long road, Ashram, Badarpur, Faridabad will see ease in traffic and pollution in Delhi will come down.” Haryana CM Khattar said around 73 villages under Palwal, Nuh and Gurugram districts will be benefited from this Expressway as it will create new employment opportunities.
The Expressway is expected to halve the commute time between Delhi and Mumbai from nearly 24 hours to 12 hours and shorten the distance by 130 km. The foundation stone of the project was laid in 2019.