NEW DELHI, Sept 10: A Delhi court has granted interim protection from arrest to Jammu and Kashmir People’s Movement leader Shehla Rashid, who was booked for sedition over her controversial tweets on Kashmir.
Additional Sessions Judge Pawan Kumar Jain granted the relief to Rashid till November 5 and directed her to join the investigation conducted by the Delhi Police as and when called by the Investigating Officer.
Public Prosecutor, appearing for the state, told the court that the police has not received any complaint from the army and that they needed substantial time of at least six weeks to investigate the matter.
He further told the court that till date the police has not even issued any notice to the accused.
The counsel for Rashid said she was ready to join the probe and would cooperate with the police.
“Considering all these facts, I am of the view that matter required investigation in detail, accordingly, renotify the matter on November 5. Till then accused shall not be arrested, however, she shall join the investigation as and when called by the IO,” the judge said in the order.
Rashid had posted controversial tweets on Kashmir on August 17.
On the basis of her comments, advocate Alakh Alok Srivastava had filed a complaint to the Special Cell, saying the allegations levelled by the former JNU student leader were “absolutely false and concocted”.
In his complaint, Srivastava had said Rashid’s allegations were baseless.
He had also accused Rashid of “deliberately spreading fake news with the intention to incite violence in the country” and maligning the image of the Indian Army.
Following the complaint, police had registered an FIR under sections 124A (sedition), 153A (promoting enmity between different groups on grounds of religion, race, place of birth, residence, language), 153 (wantonly giving provocation with intent to cause riot), 504 (intentional insult with intent to provoke breach of the peace) and 505 (statements conducing to public mischief) of IPC. (PTI) 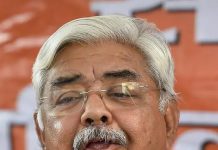 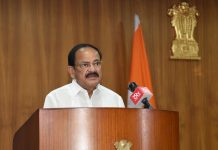