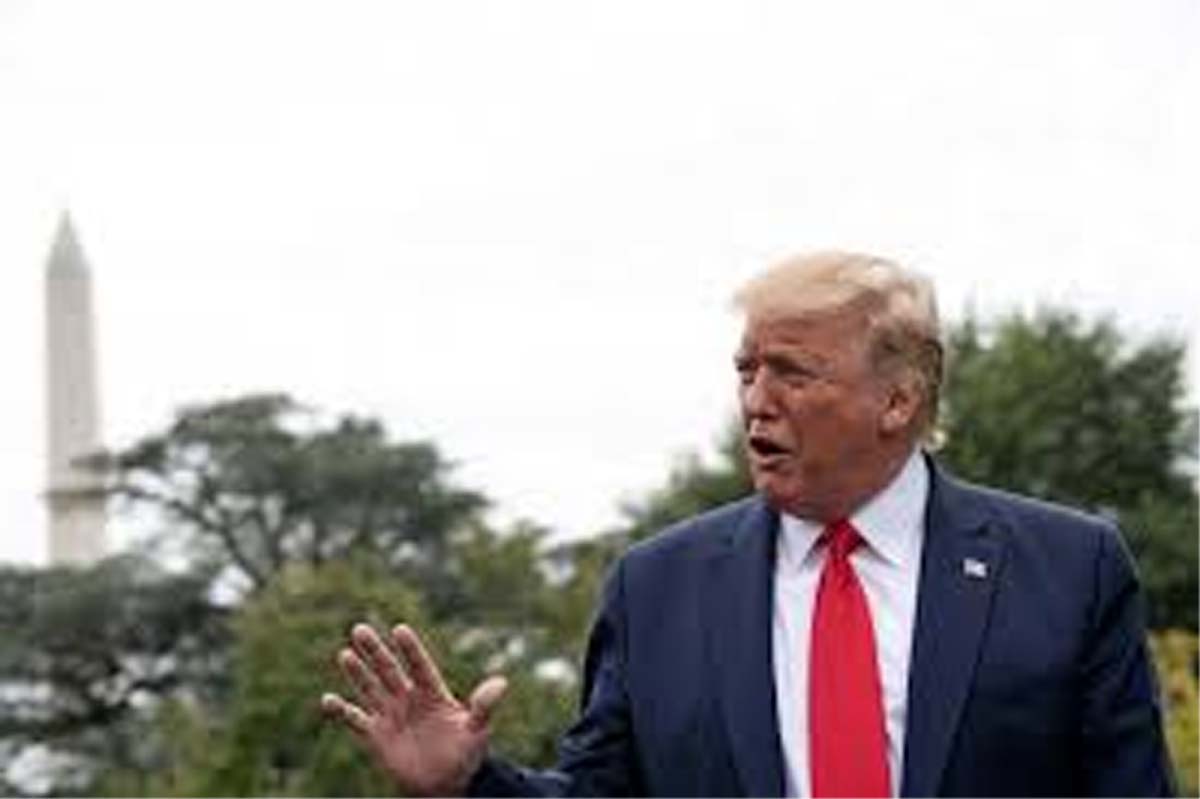 WASHINGTON, Sept 10:Declaring that the Afghan peace talks with the Taliban as “dead”, President Donald Trump has said that the United States has hit the Taliban harder in the last four days than anytime in 10 years.

The president stunned the world on Saturday when he announced the cancellation of a secret meeting with the Taliban and Afghan President Ashraf Ghani at Camp David near Washington. It came after the Taliban claimed responsibility of an attack in Kabul last week, in which an American soldier were among the dead.

The US has been conducting peace talks with the Taliban and the two sides were hopeful of a deal that included America cutting down on troops in Afghanistan and guarantees by Taliban of not allowing the Afghan soil to be ever used again for terror activities.

“They (talks with the Taliban) are dead. As far as I’m concerned, they’re dead,” Trump told reporters at the White House on Monday.

The US president said that he cancelled Camp David on the basis that they (Taliban) did something that they sure shouldn’t have done,

Trump alleged that the Taliban tried to pressurize him by carrying out a terrorist strike that among others killed an American soldier.

“They (the Taliban) thought that (they) had to kill people in order to put themselves in a little better negotiating position…. You can’t do that with me,” Trump said while responding to a question about his decision to cancel the talks.

“So, they are dead as far as I’m concerned,” he said. “We have hit the Taliban harder in the last four days than they have been hit in over 10 years. So that’s the way it is.”

Trump said the decision to invite the Taliban to Camp David was his, and so was the call to cancel it.

Justifying the move, the president underlined that he did not want the meeting to happen under circumstances “where they (Taliban) go around and try and make themselves a little bit more important by killing a soldier and also a total of 12 people”.

According to the draft of the peace deal, which is now dead, the US had reportedly agreed to pull out some 5,400 of its troops within 130 days of signing the deal.

Responding to a question, Trump said that he has a specific number of troops that he would withdraw from Afghanistan, but would not tell the media.

Trump said that he has not discussed about the possibility of meeting with the Taliban in the future.

We haven’t discussed it. I’m not looking to discuss it. We’ve hit the Taliban and our enemy in Afghanistan harder than we haven’t over 10 years, so I’m not discussing anything right now, he said.

On asked how he defines victory in Afghanistan, he said that the US beats them (Taliban) militarily.

Well, that’s always the question. How do you define victory? We beat them militarily but as soon as we leave, it seems to form again. We would beat them very easily militarily if we wanted to by doing certain things and I’m not talking nuclear, Trump said.

We could have that over with very, very rapidly, but you would lose millions and millions of lives, and I don’t want to do that. Afghanistan is a very interesting situation. We have been there for 19 years, and we are now really policemen in Afghanistan, he said.

Trump said that the United states has been a policeman there for a long time and “we’d like to get out but we’ll get out at the right time.”

“We have been serving as policemen in Afghanistan, and that was not meant to be the job of our Great Soldiers, the finest on earth,” Trump tweeted earlier.

The (Afghan) government is going to have to take responsibility or do whatever it is they do. I’ve been saying from the campaign that we want to get out at the earliest possible time, he said. (PTI)