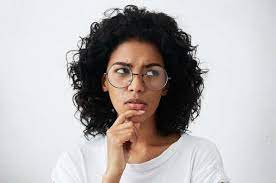 London, June 2:I’ve always been an indecisive person. What to wear, which menu item to pick, when to do house chores; always thinking through scenarios, before committing to even the most trivial of choices.
If this sounds like you, you’re certainly not unusual: many people struggle with these issues. Our new research may not be able to help you choose which restaurant to go to, but it might reassure you. Decisive people may be more confident in the choices they make but they are no better at making decisions than the rest of us.
The starting point for my recent study into the differences between decisive and indecisive people was finding a reliable way of distinguishing between participants. My team used the Action Control Scale, a yes or no questionnaire about everyday choices and behaviours. For example, whether you get bored quickly after learning a new game.
This scale can reveal whether a person is action or state-oriented. Action-oriented people focus on action. They are more decisive, flexible and likely to implement their intentions in the face of adversity.
State-oriented people focus on their emotional state. They are indecisive, often struggle to commit to their choices and abandon their commitments more frequently.
We surveyed a cohort of 723 participants, from whom we chose the 60 most action-oriented and the 60 most state-oriented to take part in the main experiments. The participants went through a set of cognitive tasks, with low-risk choices. For example we tested their simple perception (whether a cloud of dots is moving to the left or right) and preference (which of the two snacks would you rather eat).
We compared the following cognitive processes between the two groups:
Evidence-processing speed (how fast you can acquire new information); decision caution (how much you need to know to commit to a choice); initial bias (how much the choice is influenced by some prior knowledge); metacognitive sensitivity (how accurately you can judge the correctness of your choice); metacognitive bias (how confident you are about your decision).
What we found
The only difference in the two groups, across all of the experiments, was that action-oriented people were more confident in their choices. There were no differences in accuracy, speed, cautiousness, bias or sensitivity. The action-oriented group was more confident, despite not being in any way better, faster or more accurate.
Certainly it can seem excessive, and sometimes debilitating, when you can’t even decide what to have for lunch. Indecisiveness can hinder our ability to pursue our goals. For example, exercise becomes difficult if each morning we second-guess ourselves and deliberate staying in bed.
But our research suggests that indecisive people are in no way worse at making choices. We can process evidence as fast and harness prior knowledge just as effectively as decisive people (and careful consideration can pay dividends when making life-changing choices, like choosing a university or buying a house – even if, as a millennial, this is only an issue in theory).
Being less or more confident of the choice that has been made cannot affect the outcome. It can however influence future ones. State-oriented people are less confident of whether the choice is right, which makes pursuing our goals a much greater challenge.
It is easy to see how this can relate to things such as preparing for an exam, exercising or learning a new skill. If you have low confidence that you are making meaningful progress, it can discourage regular practice. The reasons for this confidence gap are yet to be properly explained.
But some research suggests a link with how people regulate their emotions. This confidence gap might be the reason why some people succeed where others do not. (The Conversation)
(AGENCIES)