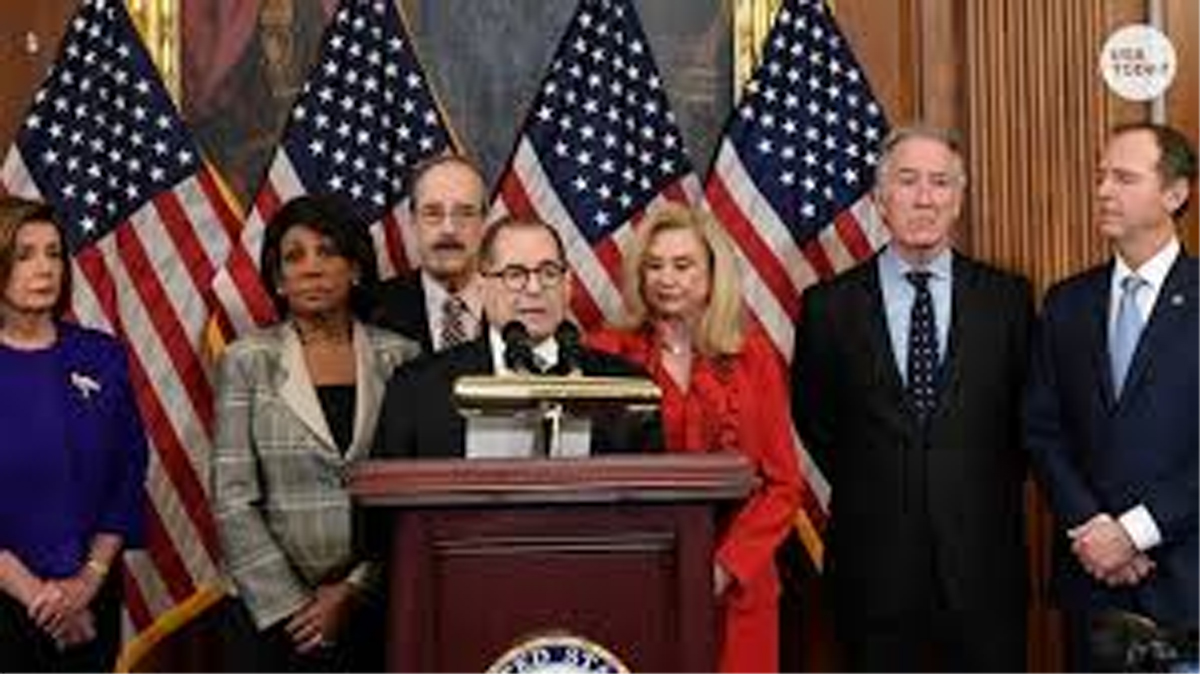 WASHINGTON, Dec 11: A powerful US Congressional committee will begin on Wednesday debate on the two articles of impeachment charged against President Donald Trump.

The Democrats on Tuesday charged President Trump with two articles of impeachment, abuse of power and obstruction of Congress by pressing his Ukraine counterpart for help in attacking his rivals in the 2020 election.

The impeachment process was launched after an anonymous whistleblower complained to Congress in September about a July phone call by Trump to Volodymyr Zelensky, the president of Ukraine.

House Judiciary Committee Chairman Jerry Nadler alleged that Trump, a Republican, was trying to undermine the 2020 election for his own benefit.

The Congressional committee on Judiciary would hold public hearing on the two articles of impeachment on Wednesday and Thursday.

While no timeline has been set for a vote on the articles of impeachment, a final vote by the House, wherein the Democrats enjoy a majority, could be taken up as early as next week.

Earlier, Nadler told reporters that US President holds the ultimate public trust. “When he betrays that trust and puts himself before country, he endangers the Constitution, he endangers our democracy and he endangers our national security. The framers prescribed a clear remedy for Presidents who violate their oath of Office. That is the power of impeachment,” he said. (PTI)