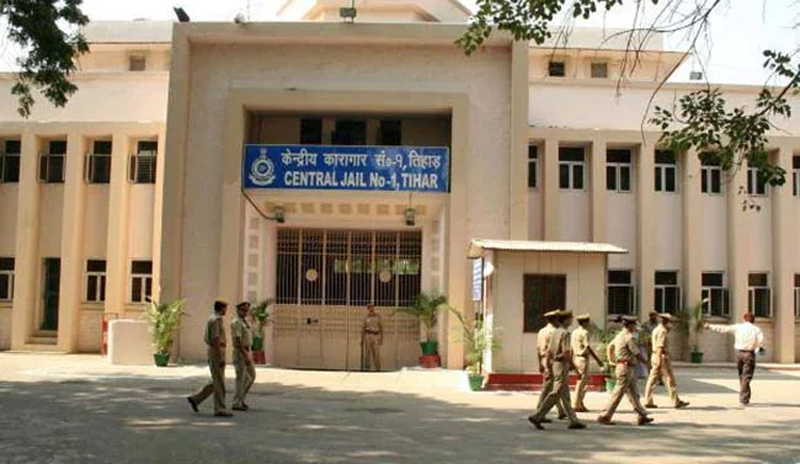 NEW DELHI, July 13: Covered and gated toilets inside cells, increase in number of lawyers and restarting of the ‘Mulakaat’ programme till Covid cases are under control are some of the recommendations made by Delhi Commission for Women chief Swati Maliwal for women lodged in Tihar Jail.
In the recommendations sent to jail authorities and the government, Maliwal has also suggested hiring of teachers for courses like fashion designing that were being run earlier.
As many as 276 women are lodged in Tihar out of which 240 are undertrials and 35 have been convicted by court, a statement from the DCW said.
Women lodged in Tihar manufacture clothes, office files, biscuits, jewellery etc which are sold in stores under the brand name TJ’s. The panel recommended that these products should be widely promoted and Government should encourage departments to buy products from Tihar as it helps in rehabilitation and transformation process of such women.
E-commerce websites should also be approached to help sell these products on their respective platforms, she said.
Maliwal, who along with her team conducted an inspection of the women’s jail, recommended that toddlers and young children living with their mothers inside the jail complex be provided the best care.
The jail has a well equipped crèche but presently lacks teachers and caretakers and they need to be inducted to ensure proper care of these children, the Commission said.
When the team entered the prison complex, the first thing they noticed was that three women were kept in one congested cell and there was no gated separation from the toilet in the room, it said.
The Commission has recommended that toilets built inside the cell should be covered and gated.
A legal cell is being run inside the jail wherein a lawyer visits the jail after 3 pm everyday and helps women inmates with the legal aspects of their case.
“Considering the high number of women imprisoned in Tihar, the Commission recommends increasing the number of lawyers to five for better legal assistance,” the panel said.
Currently, two lawyers are deputed to visit the jail to assist women inmates.
The Commission noted that a ‘Mulakaat’ programme was being run by the jail where women inmates could meet their loved ones occasionally.
“However, due to Covid, the programme has been suspended. The Commission recommends restarting of this programme till the time Covid is under control in the capital,” it added.
Praising prison authorities, the DCW said they had taken some good initiatives to ensure rehabilitation of women inmates. Courses like fashion designing and computer besides yoga and Vipassna programmes were run by Tihar but due to lack of proper teachers and trainers, these programmes are not running presently, it said.
“While the jail has appropriate resources and setup, induction of more teachers and trainers should be urgently done,” it said.
Women engaged in different jobs in the jail are supposed to get minimum wages for their work done inside the Jail.
“However, the government deducts Rs 340 from their wage as living expenses, but women who are not working don’t have to pay any such charge. This deduction disincentivises the women to work in the jail,” it said.
The Commission recommended that these charges should be done away with so that more and more women try to take up jobs in the jail which would further help them change their course of life and quit crime, it added.
Apart from this, the Commission also recommended regular sensitisation of the jail staff, adding more books to the library and initiating de-addiction programmes within the prison.
The team met the DG prisons and other senior officials to discuss the functioning of the jail and the challenges faced by the authorities.
“We visited Tihar women’s jail to inspect living conditions of the imprisoned women. Almost 80 per cent of the inmates are undertrials and have not been convicted. Reforms need to be undertaken within jails to ensure that when released, the women start their lives from a new perspective and leave crime. We are sending these recommendations to jail authorities and hope for urgent action,” the Commission said. (PTI)