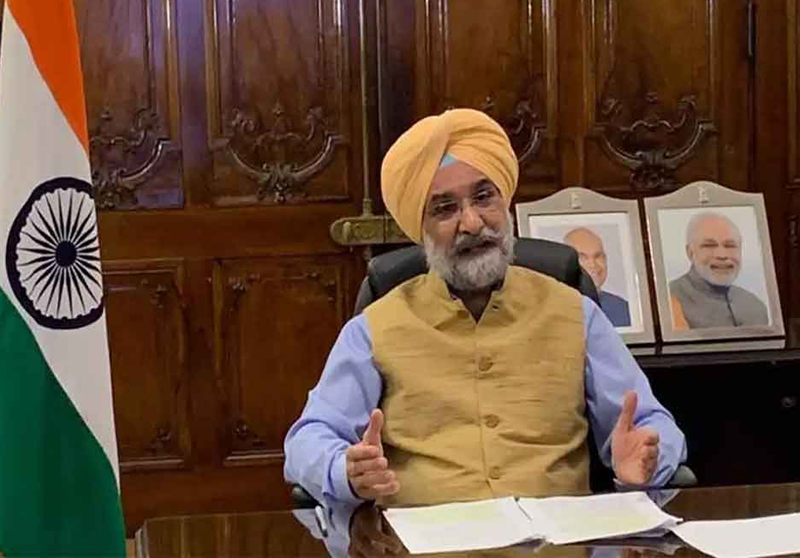 WASHINGTON, July 13:  India’s Ambassador to the US Taranjit Singh Sandhu travelled to the city of Atlanta this past week wherein he had multiple engagements with think tanks, academicians, corporate world, lawmakers and eminent members of the Indian American community to advance bilateral relationship between the two largest democracies of the world.

Sandhu, in his address to the Atlanta Council on International Relations, touched upon key aspects of the India-US bilateral relations, including bipartisan support, increased trust, people as the focus, role of industry, civil society and strategic community.

Sandhu’s trip to Atlanta is part of his continued outreach focusing on key priorities, including healthcare, education and knowledge partnership.

With Atlanta being the home of top two universities – Emory University and Georgia Tech – the Indian envoy had an interactive session with academicians and students at both the educational institutions.

Emory University is the second oldest institution of higher education in Georgia. It has over 8,000 students enrolled in 150 programmes. There are about 300 Indian students and over 500 Indian-origin students who are enrolled in various programmes.

Sandhu visited Woodruff Health Sciences Center. The Emory University has developed molnupiravir, a drug used to treat COVID-19 which was licensed by Merck to manufacture in India, as well as involved in clinical trials of Moderna vaccine for COVID-19 variants. During his visit, the Emory’s team briefed the ambassador about their strong partnerships with institutes in India.

Emory Vaccine Center and the International Center for Genetic Engineering and Biotechnology established a Vaccine Center in New Delhi. Center for the Control of Chronic Conditions (CCCC) at Emory researches and treats chronic health issues in India. The Center is an international partnership between Emory, the All India Institute of Medical Sciences, the London School of Hygiene and Tropical Medicine, and the Public Health Foundation of India.

Emory’s health department is also working on developing joint center of excellence. Under the proposed MoU, CSIR-IGIB and Emory University will enter into research collaboration that will allow them to explore areas of mutual interests wherein CSIR-IGIB will provide collaborative expertise and research skills in the field of immunology, computational and systems biology, cell and molecular biology, genetics, epidemiology, clinical sciences, molecular and precision medicine and other allied scientific areas.

At the prestigious Georgia Tech, the ambassador interacted with its leadership, faculty and students and discussed strengthening partnership in STEM areas. He also visited the Kendeda Building at Georgia Tech, which is one of the 28 “living buildings” in the world and one of the world’s most ambitious and holistic green building achievement.

Georgia Tech is among America’s most research-intensive universities. It has tie-ups with Indian educational institutes, including Indian Institute of Science, Bengaluru. Georgia Tech’s students represent 50 states and 149 countries. Out of total 40,000+ students, Georgia Tech has over 5,000 Indian or Indian-origin students.

During his trip to the city, the ambassador also met Senator Jon Ossoff, senior Congressman Sanford Bishop and Congresswomen Lucy McBath and Nikema Williams. In addition, the ambassador also interacted with a bipartisan group of legislators from Georgia Senate and House, during which healthcare as well as enhancing infrastructural, educational and trade connect between the State and India was discussed.

Sandhu paid respects at the King Center for MLK and paid tribute to Gandhiji. Family members of Martin Luther King and local prominent leaders from Indian-American and African-American communities participated at the function.

The Indian ambassador met prominent members of the Indian community in Atlanta belonging to diverse fields, including business, trade, research, education, IT and science. Separately he held an interaction with young professionals in the area, many of who are entrepreneurs/CEOs of firms based in the region. (PTI)